Bentley Brown (1995-) is a multidisciplinary artist, curator, and doctoral student at The Institute of Fine Arts, NYU and is based in the Bronx, NY and Phoenix, AZ. His research at the Institute explores the pioneering role of Black artists and Black creative spaces within New York City’s contemporary art movements of the late 1960s through the mid-1980s. As a curator, Brown’s most recent exhibition"Frederick J. Brown: Dreams and the Possibility Of…" (2019) focused on his father Frederick J. Brown’s conception of “dreams” through lenses of the imagined landscape, aspiration and possibility, and “the American Dream.”; in doing so Brown focused a critical eye toward his father’s use of motifs and fictional characters. This exhibition highlighted tensions between notions of self, myth, home, and the American narrative as presented by the artist. Brown’s research into not only his personal past but the collective history of the African diaspora has led him to attain a master's degree in African Studies from University College London in addition to his doctoral work at New York York University. In his artistic practice, inspired by African American cultural production, abstract and figurative expressionist approaches to the artistic process and the desert landscape of his native Phoenix, Brown uses the mediums of canvas, found objects, photo-collage and film to to explore themes of Black identity, cosmology, and American interculturalism. 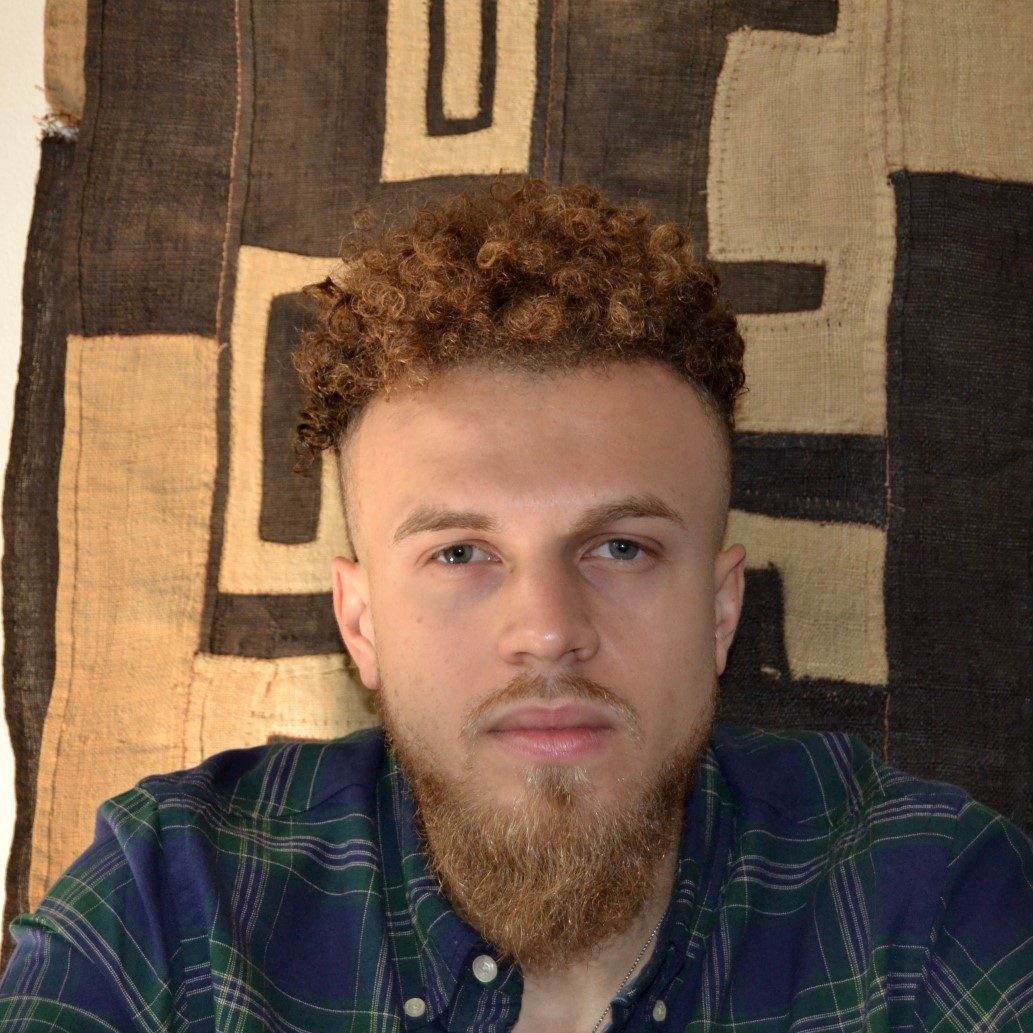