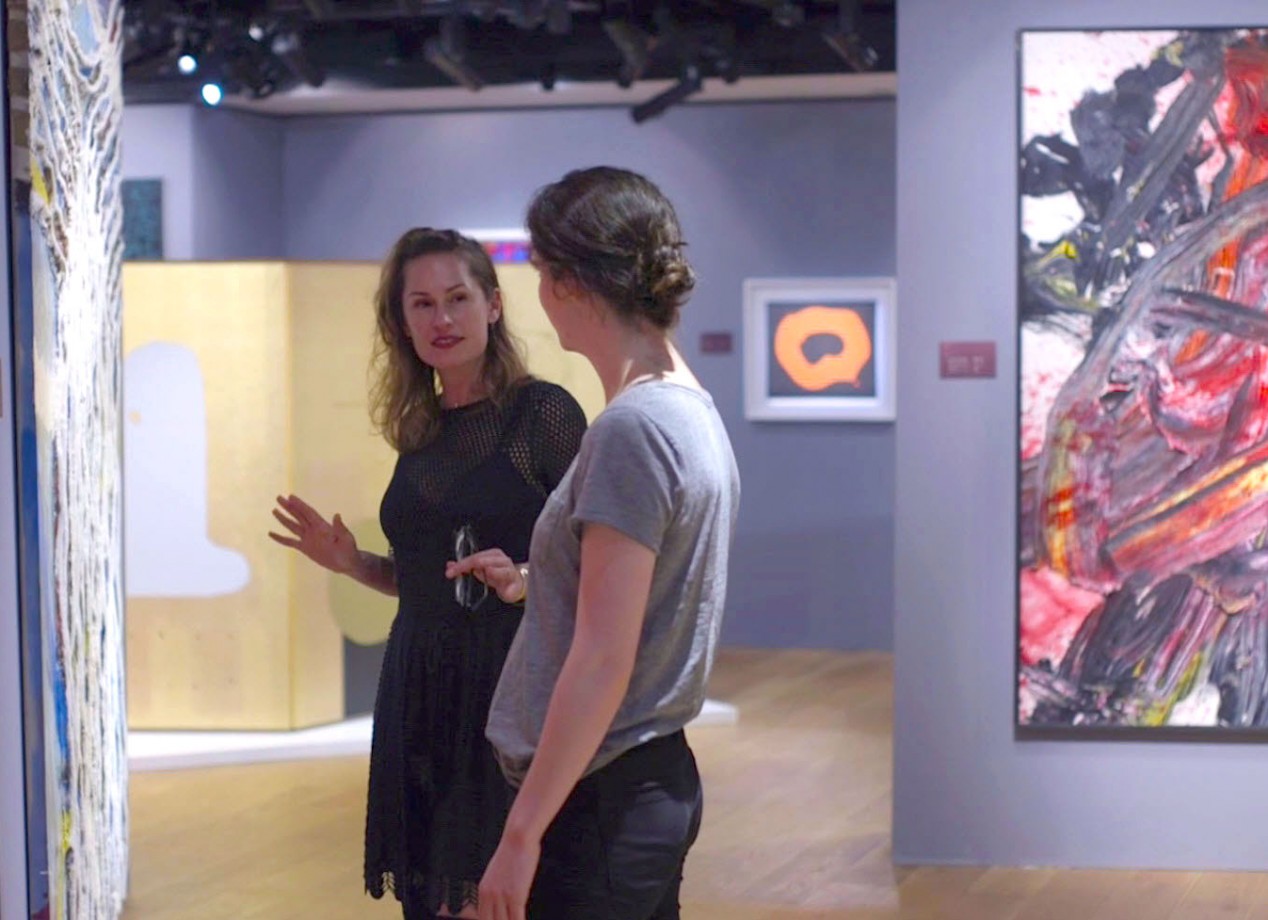 Four women in the art market discuss their career path's challenges and triumphs.

When asked about the moment they knew they had “made it” in the art industry, four successful women all agreed they had a long way to go. “Being an entrepreneur means you’re never satisfied,” said Marianne Boesky, of Marianne Boesky Gallery in Chelsea.

Earlier this year, Boesky joined Elizabeth Dee (CEO of Elizabeth Dee Gallery), Amy Cappellazzo (Chairman of the Fine Arts division at Sotheby’s), and Toria Glaoui (founder of 1:54 Contemporary African Art Fair) for a panel discussion with Sotheby’s Institute of Art-New York CEO Christine Kuan about the secrets to their success in a competitive industry, the challenges they faced along the way, and the ever-changing culture of the international art market.

With backgrounds ranging from art history to business, each of the panelists explored several careers before rising to the top of their field. Marianne Boesky started out as a lawyer for the American Civil Liberties Union. She also sold paintings out of her apartment to indulge her side passion for art. Soon she decided to pursue a career in what she truly loved. She explained, “the law career that I was in was never going to deliver the same kind of excitement and thrill” as the art market. Toria Glaoui grew up as the daughter of an artist, but found herself in the business world. She didn’t join the art fair industry until later in her career. These women show that any outsider has the potential to step inside the art world, dedicate oneself to the work, and make it to the top.

But they all claim there are still higher summits to reach. The four panelists explained that they do not look back at past accomplishments or milestones. They hardly even remember them. Amy Cappellazzo describes herself as “pathologically unsentimental.” When questioned about her past endeavors, she explained, “I don’t even think about it. I just keep moving forward.” But, Elizabeth Dee does remember the mentors who inspired her. She was initially intrigued by the art world when she noticed the strong relationship between her first supervisor, a gallery owner, and the artists he showed. She was attracted to the partnership involved in this creative process, and the meaningful role the dealer could play in the artist’s professional development. Other than that, the panelists agree that there’s not much time for nostalgia. They are too busy thinking about their next move, keeping a steady hand on the relentlessly beating pulse of the art world.

As these four leaders stride forward, they admit that obstacles exist for women in this field that men do not have to face. Dee remarks, “Men always have it easier, that’s never going to change.” Boesky explains that the expectations for how women are supposed to act are described differently if a man says and does the exact same thing. She admits, “Not a year has gone by that I haven’t had a shocking experience with something that was utterly offensive to me, that had everything to do with my gender.” Cappellazzo argues that discriminatory professional experiences make you stronger. “You become excellent and fortified, and made of Teflon, like a superhero. Deflect and channel [these experiences] to your own success.” Boesky agrees that having to navigate professional situations in a more strategic way can be beneficial to a woman’s skillset. “We just get smarter,” she says.

With a little help from my friends

So how did these women use their smarts to get to the top?  Glaoui attributes her success to her peers, mentors, and advisers. She surrounds herself with people who she can ask for help, and who want to help her. Dee doesn’t sweat the small stuff. She gears up for the long haul by reminding herself why she’s passionate about what she does. “You’re not going to feel successful until you have a really authentic connection to the work and feel like you’re adding something of value. Then you start to think, ‘Oh, I’m on to something.’” Boesky agrees that passion is a necessary driver on the road to success. “I started the gallery out of my apartment because I believed in these artists, I was passionate about it, and I had a relentless energy,” she explains. “The money is an incidental benefit to what we all did.”

For the love of art

Money is a common thread among these four top-performing women. While it is not the motivating factor behind their work, it is intimately involved in everything that they do, and they happen to be experts in its exchange. Yet money is just one form of value that plays a role in the art market. The four panelists held independent opinions about how price is established in the art world. The gallerists maintained that a collector’s love for a piece motivates a purchase, while the public market players claimed that the seduction of a “masterpiece” will appreciate prices. Both groups agreed that the thrill of discovering new talent ensures the continued expansion of the art world, and the success of women leadership.