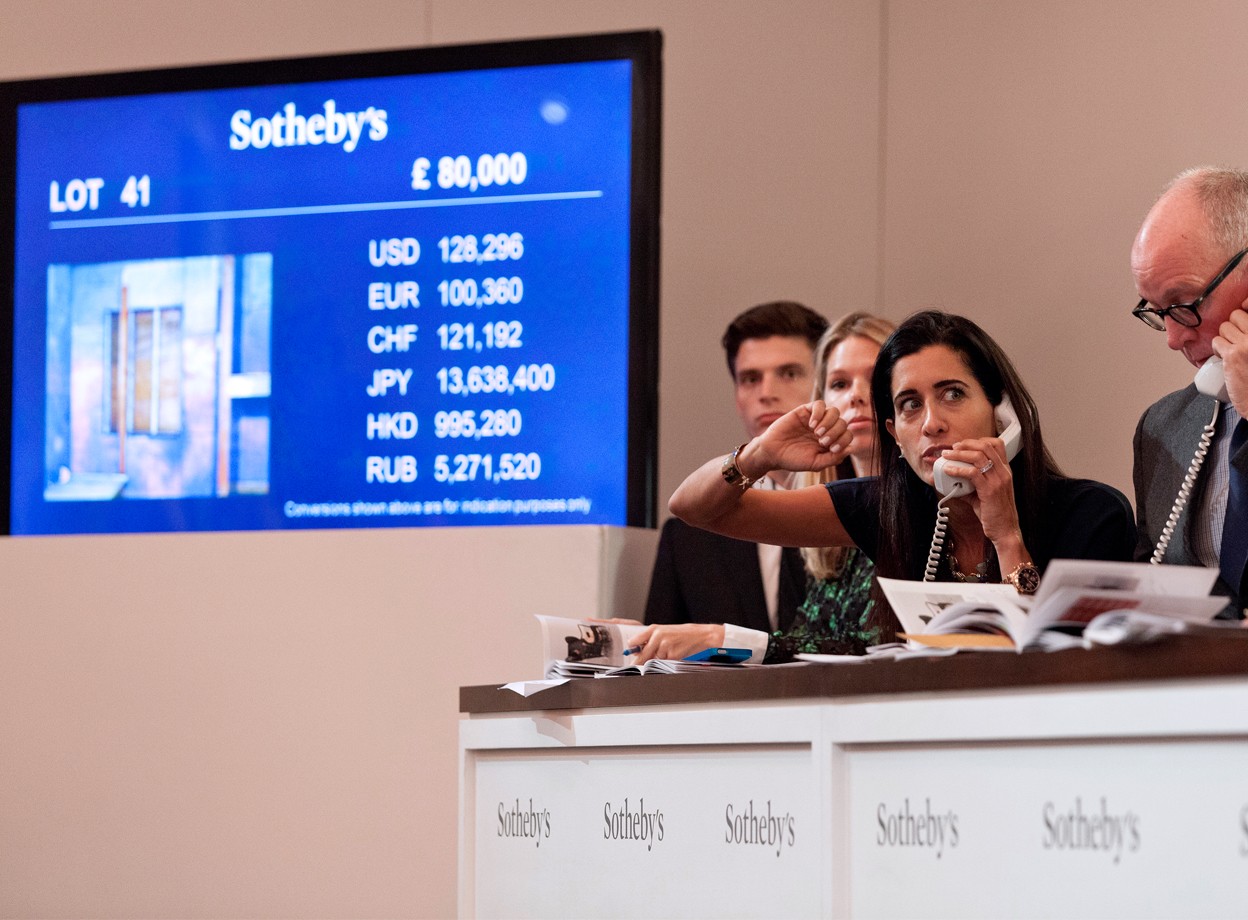 Are you interested in owning a gallery, working in an auction house, or operating an art fair? Marianne Boesky (Founder, Marianne Boesky Gallery), Elizabeth Dee (Founder, Elizabeth Dee Gallery and the Independent Art Fair), Amy Cappellazzo (Chairman of the Fine Arts division at Sotheby’s), and Toria Glaoui (Founder, 1:54 Contemporary African Art Fair), have a few tips on how to succeed in this competitive industry. At an exclusive Sotheby’s Institute panel discussion in 2016, these four women shared their stories with Sotheby’s Institute-New York Director and CEO Christine Kuan. As their insight is as relevant now as it was in 2016, we've compiled their best advice for art world success.

Some of the panelists started out with backgrounds in business, law, and social justice, but that did not stop them from pursuing their passion for the art world. Marianne Boesky started out as a lawyer for the ACLU, while Toria Glaoui found herself in the business world. Marianne was always an art lover, and sold paintings out of her apartment as a side gig. Now she owns and operates one of the most successful galleries in New York, all because she quit her day job. She doesn’t regret the decision.  “The law career that I was in was never going to deliver the same kind of excitement and thrill as the art market," she explained. Toria Glaoui didn’t join the art industry until late in her career, but her decision to make a profession out of her passion has paid off. Although 1:54 is only in its fifth year, it is already one of the leading international art fairs dedicated to contemporary African art.

Toria Glaoui attributes her success to her peers, mentors, and advisors. She surrounds herself with people who she can ask for help, and who want to help her. Elizabeth Dee was inspired to open her own gallery thanks to the guidance of a mentor at her first job. She started out by working in a gallery, and noticed the strong relationship between her supervisor and the artists he showed. She was attracted to the partnership involved in this creative process, and couldn’t wait to build her own connections with artists she believed in. Now the panelists get to be mentors for others. Their networks grow as they act as role models for young men and women eager to enter the industry.

Use Any Obstacles to Your Advantage

All of the panelists agreed that getting to the top of the art industry isn’t easy, especially for women. Marianne Boesky explained that the expectations for how women are supposed to act are described differently if a man says and does the exact same thing. Amy Cappellazzo argued that women can learn from these difficult situations. She explained that discriminatory professional experiences make you stronger. “You become excellent and fortified, and made of Teflon, like a superhero. Deflect and channel [these experiences] to your own success.” Marianne agreed that having to navigate professional situations in a more strategic way can be beneficial to a woman’s skillset. “We just get smarter,” she said.

According to Marianne Boesky, “being an entrepreneur means you’re never satisfied." These four art world pioneers don’t settle for past achievements or even recognize milestones along the way. At the same time, they forget about small failures or slip-ups. When questioned about her past endeavors, Amy Cappellazzo explained, “I don’t even think about it. I just keep moving forward.” Their passion for the industry fuels this motivation. “I started the gallery out of my apartment because I believed in these artists, I was passionate about it," Marianne explained. "And I had a relentless energy.” These four women used their love for the job as a driving force, and that mentality has carried them incredible distances.

Immerse yourself in the art world with our Master's Degree programs in New York City, London, and Los Angeles.