Art in New York this summer - Inside & Out

Home News & Events Art in New York this summer - Inside & Out 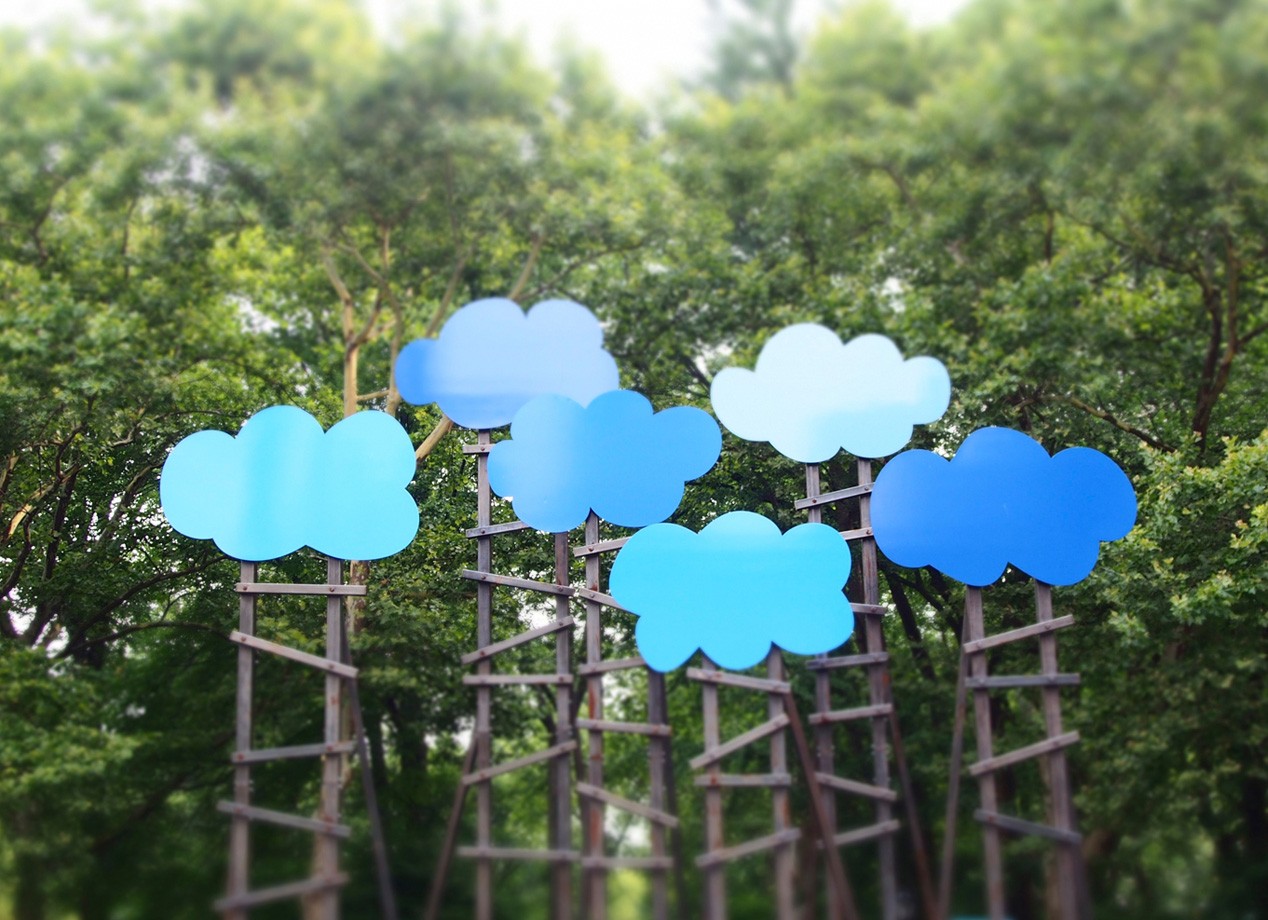 From the Rauschenberg retrospective at MoMA to the Kapoor installation in Brooklyn Bridge Park and Calder's mobiles at the Whitney Museum, check out our Summer Study faculty suggestions for must-visit exhibitions and shows happening inside and out in New York this summer!

This first 21st-century retrospective of the artist presents work from six decades of the artist’s widely celebrated career, amassing over 250 paintings, sculptures, drawings, prints, photographs, and sound and video recordings. Working alone and in collaboration with artists, dancers, musicians, and writers, Rauschenberg created unique, interdisciplinary modes of artistic practice. In 1959, Robert Rauschenberg wrote, “Painting relates to both art and life. Neither can be made. (I try to act in that gap between the two.)” His work in this gap shaped artistic practice for decades to come.

Making Space celebrates the achievements of women artists between the end of World War II (1945) and the start of the Feminist movement (around 1968). In the postwar era, societal shifts made it possible for larger numbers of women to work professionally as artists, yet their work was often dismissed in the male dominated art world, and few support networks existed for them. The exhibition features more than 100 paintings, sculptures, photographs, drawings, prints, textiles, and ceramics by some 50 artists including Lee Krasner, Helen Frankenthaler, Lygia Clark, Agnes Martin, Lee Bontecou, Louise Bourgeois, Eva Hesse and many others.

The Costume Institute's spring 2017 exhibition examines the work of Japanese fashion designer Rei Kawakubo, known for her avant-garde designs and ability to challenge conventional notions of beauty, good taste, and fashionability. The thematic show features approximately 120 examples illustrating the designer's revolutionary experiments in "in-betweenness"—the space between boundaries. By situating her designs within and between dualities such as East/West, male/female, and past/present, Kawakubo probes their rigidity and artificiality to resolve and dissolve them.

New York at its Core: 400 Years of NYC History
Museum of the City of New York, Ongoing

What made New York New York? Follow the story of the city’s rise from a striving Dutch village to today’s “Capital of the World,” and consider its future in our changing world. Framed around the key themes of money, density, diversity, and creativity, New York City’s history and future come alive through the stories of innovation, struggle, and the vision of generations of immigrants, politicians, dreamers, master builders, and ordinary New Yorkers. Almost 450 historic objects and images as well as contemporary video, photography, and interactive digital experiences, encourage visitors to dive deep into the city’s past.

On the occasion of the 80th anniversary of the Solomon R. Guggenheim Foundation, the institution displays over 170 modern works from the permanent collections held in New York and Venice. This exhibition explores not only avant-garde innovations from the late 19th through mid-20th centuries, but also the radical activities of six patrons who brought to light some of the most significant artists of their day. Foremost is the museum’s founder, Solomon R. Guggenheim and his trusted advisor the German-born artist Hilla Rebay. Featured artists include Van Gogh, Manet, Picasso and Kandinsky.

Jackson Pollock’s Alchemy (1947) is on view for the first time in the United States since 1969. Conservators from the Guggenheim and Italian organizations have completed scientific analysis and treatment of the painting in Florence. In the Sackler Center for Arts Education, video footage and interactive kiosks display three-dimensional imaging and other analytical techniques to identify the painting’s pigments and binders. This didactic exhibition on one of Pollock’s earliest poured paintings draws visitors into the world of an art conservator, allowing them to comprehend the physical properties of the materials the artist used to create Alchemy and how he applied them to the canvas.

This exhibition focuses on the extraordinary breadth of movement and sound in the work of Alexander Calder, bringing together key sculptures and providing a rare opportunity to experience the works as the artist intended—in motion. Regular activations will occur in the galleries, revealing the inherent kinetic nature of Calder’s work, as well as its relationship to performance and the theatrical stage. Influenced in part by the artist’s fascination and engagement with choreography, Calder’s sculptures contain an embedded performativity that is reflected in their idiosyncratic motions and the perceptual responses they provoke.

In her work, Bunny Rogers draws from a personal cosmology to explore universal experiences of loss, alienation, and a search for belonging. Her layered installations, videos, and sculptures begin with wide-ranging specific references, from young-adult fiction and early 2000s cartoons to autobiographical events and violent media spectacles. Rogers’ techniques are equally idiosyncratic. She borrows from theater costuming, design, and industrial furniture manufacturing, and often crafts her work by hand. This hybrid approach gives Rogers’s objects and spaces a distinct texture; they read simultaneously as slick and intimate, highly constructed but also sincere.

One of the most influential artists of the twentieth century, the Brazilian artist Oiticica’s early work began with formal, geometric investigations in painting and drawing and soon moved into large scale "spatial reliefs," exploding his two-dimensional works into three-dimensional compositions. For the artist, these works were completed only when viewers interacted with them. That aim reached fruition as his career advanced and his work took on an increasingly immersive nature, transforming the viewer from a spectator to an active participant. The exhibition will include some of these large-scale installations, including Tropicalia and Eden.

While Rama has been largely overlooked in contemporary art discourses, her work has proven prescient and influential for many artists working today, attaining cult status and attracting renewed interest in recent years. This exhibition brings together over one hundred of her paintings, objects, and works on paper, highlighting her consistent fascination with the representation of the body. Seen together, these works present a rare opportunity to examine the ways in which Rama’s fantastical anatomies opposed the political ideology of her time and continue to speak to ideas of desire, sacrifice, repression, and liberation.

Focusing on the work of black women artists, this exhibition examines the political, social, cultural, and aesthetic priorities of women of color during the emergence of second-wave feminism. It is the first exhibition to highlight the voices and experiences of women of color in order to reorient conversations around race, feminism, political action, art production, and art history in this significant historical period. A wide array of work, including conceptual, performance, film, and video art, as well as photography, painting, sculpture, and printmaking are presented by artists including Emma Amos, Beverly Buchanan, Elizabeth Catlett, Barbara Chase-Riboud, Pat Davis, Carolyn Lawrence, Samella Lewis, Ana Mendieta, Howardena Pindell, Faith Ringgold, Betye Saar, Lorna Simpson, Carrie Mae Weems and many others.

The first major museum exhibition to focus on American taste in design and art during the creative explosion of the 1920s, The Jazz Age explores the significant impact of European influences, the rapid growth of cities, avant-garde artistic movements, new social mores and the role of technology. Seeking to define the American spirit of the period, this multi-media experience features more than 400 examples of interior design, decorative art, jewelry, fashion, art, architecture, music, and film.

This exhibition celebrates the handmade fashion and style of the 1960s and 1970s. Often referred to as the hippie movement, the Counterculture swept away the conformism of the previous decade and professed an alternative lifestyle whose effects still resonate today. The pursuit of a personal style proved a transcendental tool toward self-realization, enlightenment, and freedom from conventions. Featuring garments, jewelry, and accessories by American makers who crafted the very reality that they craved, the works on display encompass the ethos of members of a generation who fought for change by sewing, embroidering, quilting, patch-working, and tie-dyeing their identity.

With a practice that includes video, installation, performance, photography, and drawing, Marinella Senatore fosters the creative power of crowds to produce works that initiate a dialogue between history, culture, and social structures. This exhibition, curated by Matteo Lucchetti, presents a selection of previous works and a new performance.

This exhibition comprises three sculptures in painted wood and prismatic glass: minimal, almost architectural forms that create new spaces within the Park for music, dance, and poetry: a curvilinear, translucent blue sound wall for experimental music; a circular, reflective green floor for vanguard dance; and a vaulted-roofed luminous red and yellow pavilion for poetry. Three nonprofit art organizations based in New York—Blank Forms, Danspace Project, and Poets House—will “inhabit” the Park to realize new commissions. When not occupied by the resident artists, the public will have access to the sculptures to view or to adopt as a framework for their own innovative use.

This commission by Los Angeles-based artist Liz Glynn draws inspiration from one of the grandest Fifth Avenue ballrooms designed by famed Gilded Age architect Stanford White: the now-demolished William C. Whitney Ballroom. Located at the southeast entrance to Central Park, the work stands just eight blocks from the original mansion. Glynn’s work, which she describes as a “ruin”, transforms the plaza into a “ballroom” featuring Louis XIV replica furniture from the original space recast in concrete, a populist material more commonly seen in modern architecture. The 26 chairs, footstools, and arches adorn the 3,500-square-foot plaza, where the public will be invited to enjoy the artist’s contemporary re-imagination of a historically exclusive space as one that is accessible to all.

Considered one of today’s most influential artists, Anish Kapoor works in a wide variety of scales and formats, and in a range of media including pigment, stone, stainless steel, resin, wax, earth, and most recently, silicone. This installation creates a dynamic negative space that descends into the ground - a massive spiraling funnel that harnesses the evanescent material of water. Disturbing the familiar boundaries of our world while pushing the limits of materials, the work invites visitors to experience the sheer wonder of intense perception, in a quintessential New York park.

Emerging artist Katja Novitskova appropriates images of planets and celestial bodies in her large, flat, cut aluminum sculptures with digitally-printed imagery to which she adds a second layer of printed aluminum covered with alien-like, but terrestrial, animals and organisms. The flatness replicates the experience of viewing images online, while the form and subject of her sculptures—from science fiction and otherworldly encounters, to data sets, and advancements in image making—encourage visitors to consider how our conception of the universe is shaped and mediated by digital imagery.

Nari Ward recasts tropes of outdoor structures – the monument, the playground, architectural barriers, and the advertising sign – into surreal and playful creations. This exhibition examines how hubris creates misplaced expectations in American cultural politics, and highlights the artist’s exploration of identity, social progress, the urban environment, and group belonging. G.O.A.T. is an acronym for Greatest of All Time, a phrase commonly used in American sports and hip-hop. The title alludes to the African-American experience and political theater – common themes in Ward’s work. The figure of the goat features prominently in Ward’s articulation of social dynamics, conjuring the animal’s attributes and symbolic connotations, from an ambitious climber of great heights to an outcast.

Rachel Whiteread’s Cabin is nestled along the edge of Discovery Hill, overlooking New York Harbor and the Statue of Liberty. Juxtaposed against the not-so-distant city commotion, the sculpture invites visitors to stop and enjoy a moment of tranquility before getting back to the hustle and bustle.