Changing Career: From the Business World to the Art World

Home News & Events Changing Career: From the Business World to the Art World 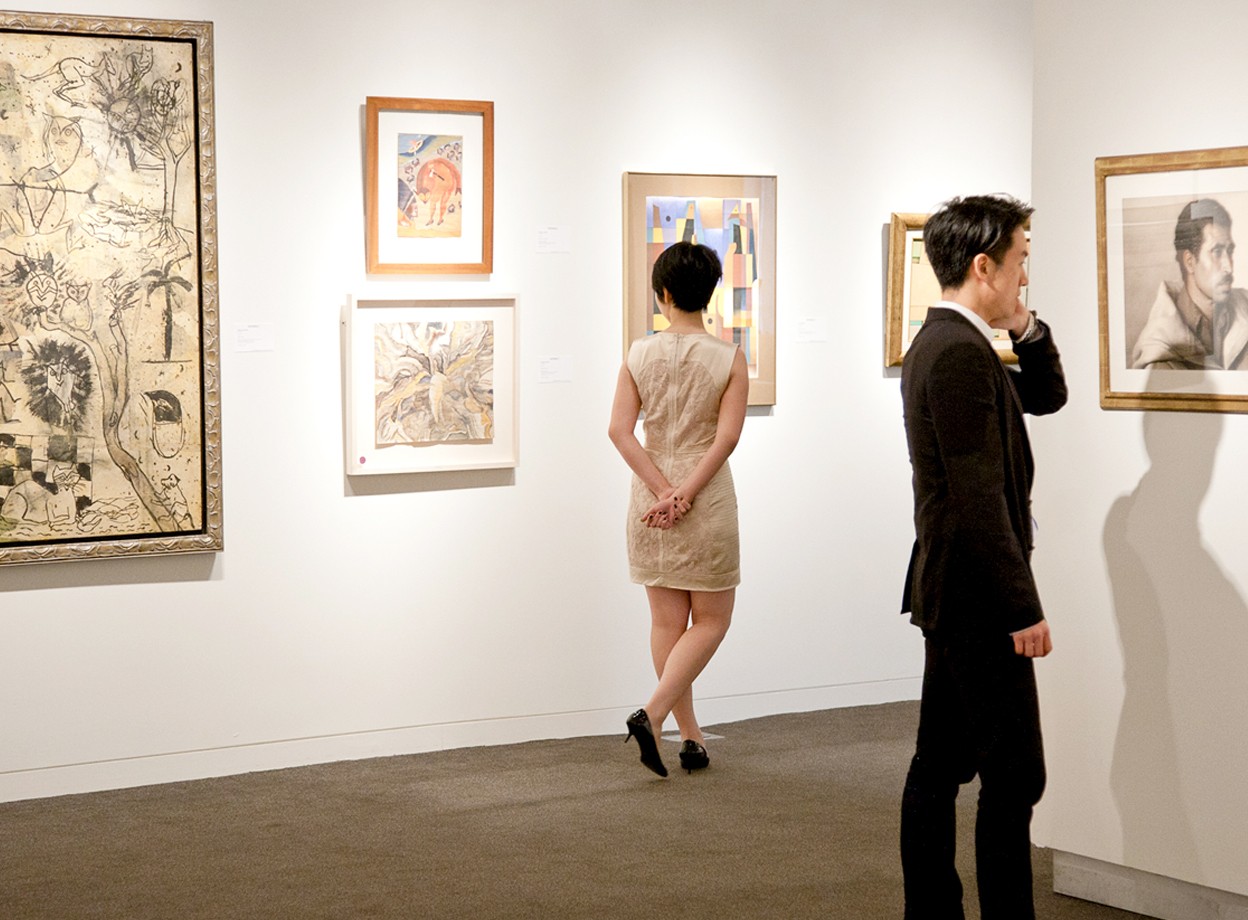 People come to study at Sotheby’s Institute for all sorts of reasons. Many are mature students from a business background, who’ve already achieved great things in their previous career but are fascinated by art and interested in exploring whether a change of career to the art world could work for them. We caught up with three graduates of our New York MA in Contemporary Art program who have successfully reinvented themselves as curators, consultants and art fair directors. Here they share their stories and offer advice for how you can do the same…

Nicole Bray decided the time had come for a change. Over the past 12 years, working in advertising for the likes of Diageo, Visa Inc. and Apple, she’d traveled the world and achieved everything she wanted to. “I got to work with incredible directors, photographers, art directors, graphic designers, stylists, so many different aspects of the creative process. I loved that.”

But she felt restless. After much soul searching, she took the radical step of leaving her job and enrolled on a Master’s at Sotheby’s Institute of Art. “I was 33 years old, earning well into six figures and living in a fancy apartment in Tribeca,” she remembers. “I was going to have to give all that up and go back to being a student. It was really scary.”

Now head of Mercer Contemporary, her own art consultancy, and winner of the 2014 Robert Rauschenberg Foundation and Artsy Emerging Curator Award, she’s never looked back.

Get back to the future

Bray’s story is characteristic of a certain strand of Sotheby’s Institute student. People who’ve been successful and have now reached a point where they want to try something different.

Often art was an early passion but not something they realized they could turn into a career. Independent curator Fabiana Lopes originally studied literature at university in Sao Paulo. “I was attracted to art but I never thought of being involved with it,” she recalls of her time as a student during the ‘90s in Brazil. “It just wasn’t on my radar”. She spent the next two decades working in communications, culminating in seven-years at American Express. But after her role was made redundant in the economic crisis of 2007-8, she went back to the drawing board. Today she’s an independent curator, writer and Phd candidate at NYU, with a research focus on bringing work by black Brazilian artists to a wider audience.

Gregorio Cámara Castellanos, director of JustMAD contemporary art fair in Madrid, previously worked in finance and auditing for large companies such as Disney, Accor and Saint-Gobain, before joining CIECA, the family business. In 2008, then aged 33, he started to rethink his career trajectory. “Being exposed to high stress, I came to question if I really wanted to do the same thing for the rest of my life,” he says. “After getting advice from friends and reading What Color Is Your Parachute? I decided that I wanted to do something connected to the arts.”

Like Castellanos, Bray spent time thinking and reading before she turned her attention outward. “I was the queen of the coffee chat,” she says. She got in touch with friends, friends of friends, and new acquaintances, who worked in the art world to figure out if it really was right for her. “I’d say, hi I really admire you, and I would love to get some advice, do you have 15 or 30 minutes? If you can’t do it in person, we could have a phone call.” Although she found it nerve wracking at first, she soon realized that most people love to share advice.

Another great way to test the waters is with a short course. Castellanos took a 32-hour course with curator Jaime Lavagne, who then pointed him in the direction of Sotheby’s Institute. Lopes did several short courses at MoMA, followed by a summer course at the Institute - “I was just so excited about it, I knew I should pursue it,” she says. Bray took an online course with Sotheby’s Institute - and used her final essay as the basis of her Master’s application.

"As a career changer, it might feel like you’re going backwards. You’re not. You have an immense head start."

Although extremely accomplished in their fields, all three needed to hone their specialist knowledge of art. “I had to learn everything about the art world from scratch - how it works, who are the players in Latin America, who are the curators, the museum directors,” says Lopes. “The skill I needed the most was to be able to read into and to understand any piece of contemporary art,” adds Castellanos. The Master’s degree allowed him to “assimilate and process a massive amount of information related to contemporary art history, philosophy, sociology, and museum practices.”

Study also gives you immediate access to to a vast network of art contacts - teachers, students, guest lecturers, alumni - which, Castellanos says, lead to both learning and job opportunities. And you appreciate education all the more after you’ve been working. “The course is so enriching, so fulfilling,” says Bray. “Over the age of 30, you have a decade of [professional] life under your belt and you’re really ready to learn.”

...but value the skills you have

As a career changer, it might feel like you’re going backwards. You’re not. You have an immense head start. If you’re moving to a similar role - communications or finance, say - in the art world this is particularly true, but even if you’re having a total job shift, many competencies carry over.

Castellanos explains: “The art world is ruled by economics and that’s exactly where much of my experience comes from. Writing a business plan, studying new business or new market opportunities, leading a team, making a good sales pitch, public speaking are skills you will use in any industry.” You could find your background helps in less obvious ways. “Advertising has taught me how to think on a very strategic level about how to curate pieces,” Bray points out. “A brand strategy is the single vision of what you want your brand to be. When you’re looking at a collection, you ask yourself: what is the single vision that I want this collection to be?”

Prepare yourself mentally for the fact it’s not going to be easy, warns Castellanos. “Switching gears into the art world may take longer than expected. Even if you’re talented and hardworking, gaining back your previous professional market value may take several years.” Lopes’ advice: “Have a plan. You might not follow it 100% but it’s good to have a sense of where you’re going.”

“If this is something you can’t stop thinking about, it’s something you at least should be trying. Even if it doesn’t work out, it’s not set in stone, you can always go back to your other career and say I took a year out to go to grad school and study art history,” Bray adds.

“It was the best thing I ever did in my life. I just wish I’d done it sooner.”

Launch your career in the art world with our Master's programs in New York, London, and Los Angeles.