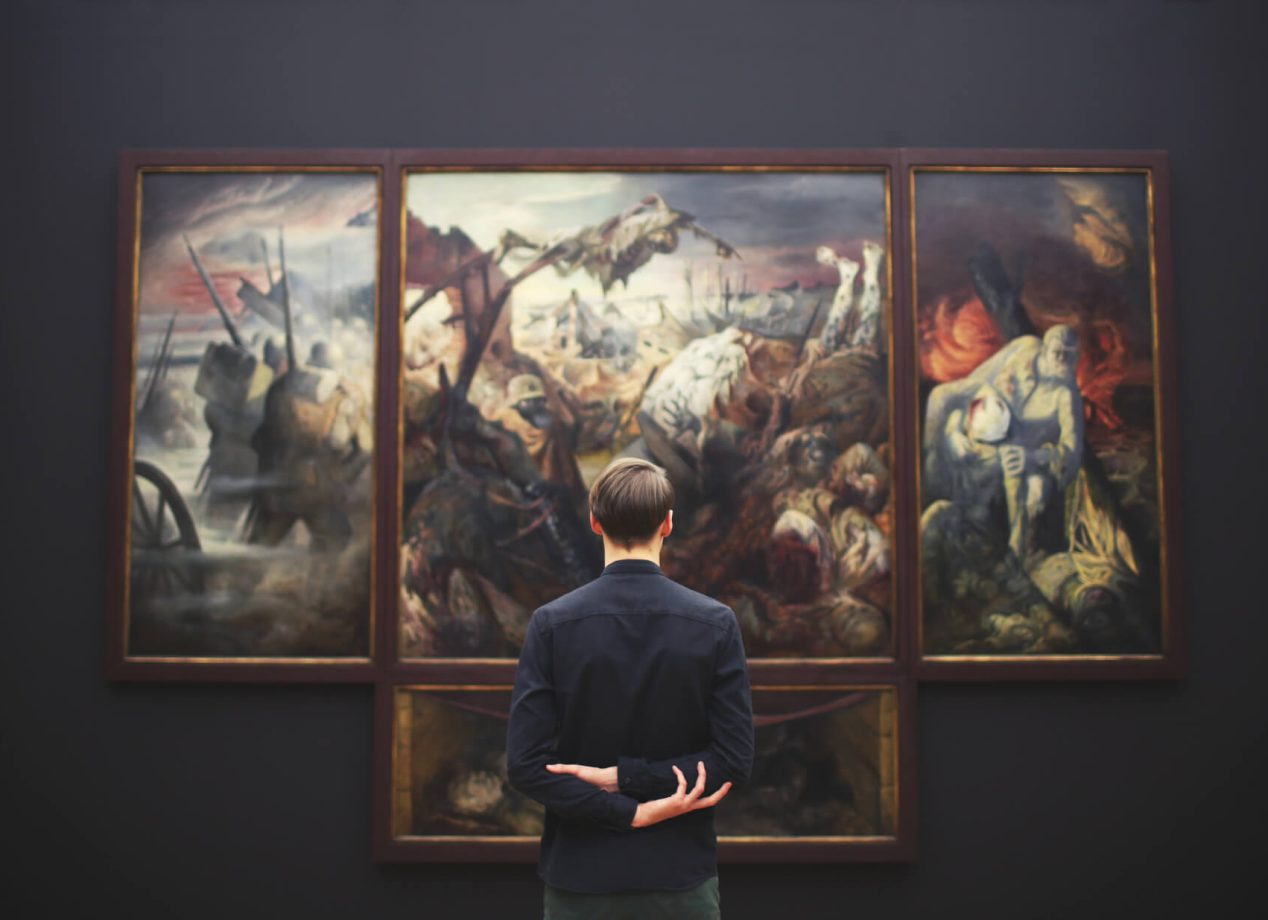 From the work of Renaissance master Donatello, to the iconic House of CHANEL, the Institute's faculty have chosen their must-see art exhibitions for the year ahead. Take a look at their curated selection and find out why these shows are not to be missed.

The Victoria & Albert Museum’s Donatello: Sculpting the Renaissance promises to offer an impressively comprehensive account of this major Renaissance master and the astonishing leaps forward in technique, expression and ambition represented by his works. His impact on other artists was huge, so much so that the 2022 exhibition in Florence of which the V&A show is a version was simply called ‘Donatello, il Rinascimento’, as if Donatello was the Renaissance. It will be fascinating to see if that judgement still holds in different environment of London, where this will be the first major exhibition on Donatello ever to be held.

The Kimono Style: The John C. Weber Collection show at The MET was one of my favorites last year, it closes in February 2023. I loved it for numerous reasons – namely the patterns on the textiles which inform the function of the garment or objects on display.

Perhaps the most interesting was the inclusion of a Daimyo firefighter’s ensemble comprising a jacket and hood made for a high-ranking Samurai woman on fire duty. The ensemble is dated to the Edo period (1st half of the 19th century). Samurai women were trained to evacuate and assist people during fires. They carried spears to defend fleeing occupants (mostly other women) and patrol grounds. The wool cloth from which the ensemble is cut is fire red and richly embroidered in gold thread with crashing waves, water droplets and anchors. The motifs are symbolic of the forces of nature, the process of extinguishing a fire and security.

The upcoming contemporary art exhibition that the MACA team are particularly excited about is the Mike Nelson: Extinction Beckons show at the Hayward Gallery, London.

Mike Nelson is an internationally acclaimed UK mid-career artist whose most recent major showing in the UK was the Tate Britain Commission ‘The Asset Strippers’ installed in the Duveen Galleries at Tate Britain in 2019. This year, the Hayward Gallery will present the first major survey show of Nelson’s work. The Hayward Gallery is promising that the exhibition will entail a dramatic transformation of its spaces in order to showcase the artist’s large-scale psychologically-charged installations. Typically made from materials scavenged from salvage yards or obtained at flea markets and junk shops, Nelson’s installations are suggestive of other ways of thinking and being.

The German-Venezuelan artist Gego, or Gertrud Goldschmidt (1912-1994) defies all categories. She originally studied architecture, yet the distinctive wire sculptures for which she is known have been read as new kinds of three-dimensional drawing. She was inspired by Alexander Calder's kinetic art, and by Buckminster Fuller's Geodesic Dome, but her loose "net" sculptures have also been compared to that of Post-Minimalists like Eva Hesse. Gego has been a regular presence in group exhibitions of late, but few have had the opportunity to see a wide range of her work. The Guggenheim's retrospective Gego: Measuring Infinity, will fill that void, offering over 200 works spanning from the 1950s to the 1990s, and it will travel to the Guggenheim Bilbao in the fall.

After McQueen and Dior, I am curious to see how the Victoria & Albert Museum will read and interpret the aesthetic codes and mythology of Chanel. Gabrielle Chanel. Fashion Manifesto is the first UK exhibition dedicated to the work of French couturière, Gabrielle 'Coco' Chanel. Visitors will experience the history of the establishment of the House of CHANEL and the evolution of her iconic design style which continues to influence the way women dress today.