Bellini, a Doge and how to use visual clues to explore a painting

Home News & Events Bellini, a Doge and how to use visual clues to explore a painting 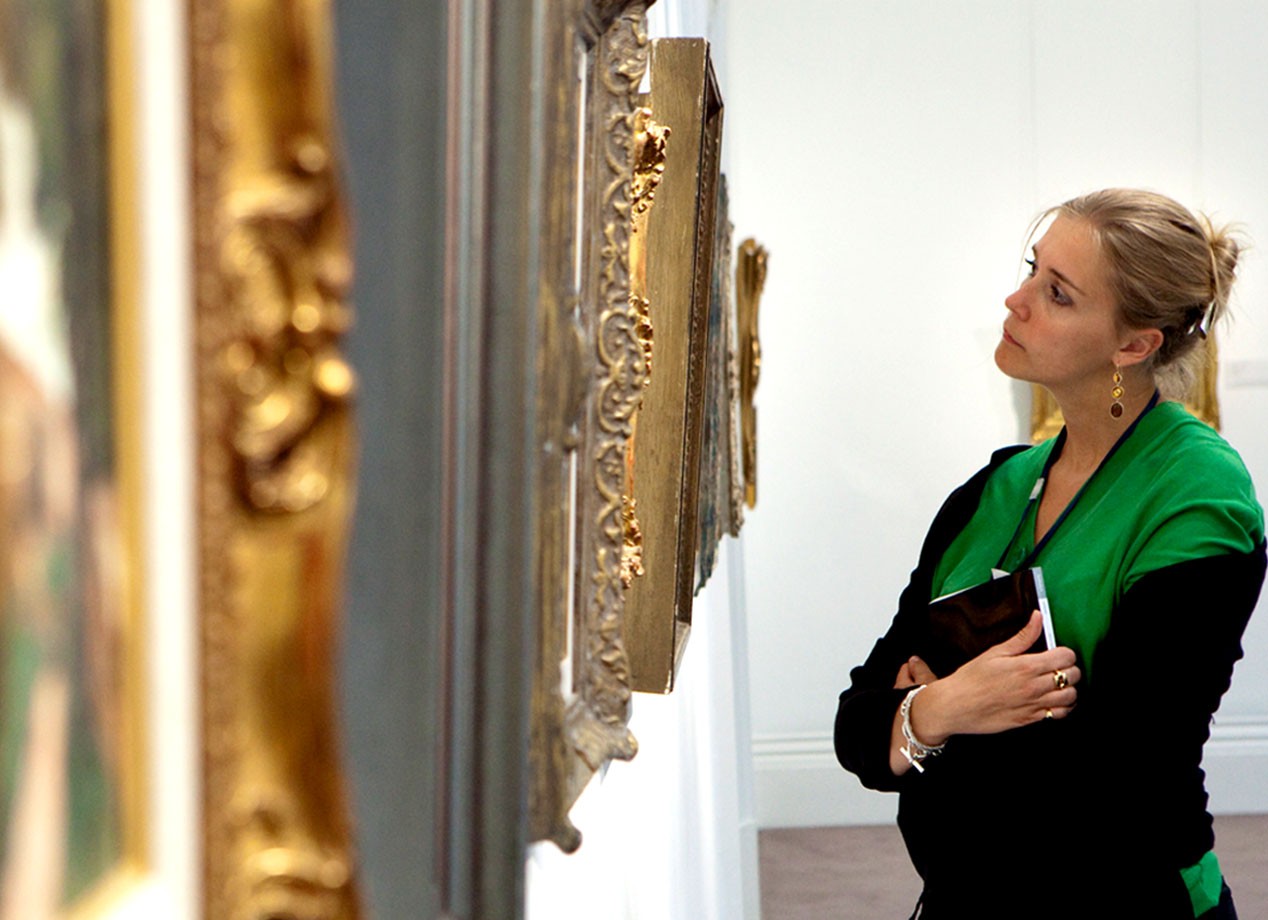 In room 62 of The National Gallery in London, Doge Leonardo Loredan seems to be surveying the space with an air of quiet authority. It is an intriguing portrait; his face is remarkably realistic yet he is encased in a gown so stiff that it seems almost like a sculpted bust. 2016 marked the 500th anniversary of the death of Giovanni Bellini, the man who revolutionized Venetian painting. So what makes his work so important?

At Sotheby’s Institute of Art, we take close study of the art work itself as our point of departure; interrogating it for the information it can give us and following its visual clues to explore the wider issues that it raises. Dr Antonia Gatward Cevizli, Course Leader for the 15-week intensive course Foundations of Western Art takes a deeper look at Bellini’s masterpiece and shows us how visual skills are invaluable in cross-examining great art works. 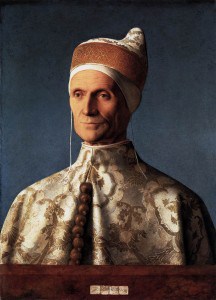 The subject of the portrait is identifiable as a doge, the elected head of the Venetian Republic, by the characteristic robes of office: the pointed hat known as a corno, a mantle of white and gold damask silk with its gold bell buttons.  But which doge is it? The somewhat gaunt facial features correspond to other portraits known to be of Doge Leonardo Loredan, who became doge in 1501.

When was it painted?

The painting is not dated but it is likely to have been commissioned when Loredan  rose to office in 1501. He was 65 at that time, which seems to match the age of the man in the painting.

Giovanni Bellini has proudly asserted his authorship of the painting by placing his name in Latin on the centre of the parapet. It appears to have been temporarily tacked on to the parapet on a rather crumpled piece of paper. You feel that you could pick it up and straighten it out. By teasing us with his mastery of illusionism perhaps Bellini had in mind the story of the ancient Greek painter Parrhasius whose skill had been so great that he had been able to dupe his fellow artist Zeuxis into believing that he could pull back the curtain to reveal Parrhasius’s painting only to find that the curtain was painted.

What is the medium?

The naturalism of this painting was possible because of Bellini’s command of the medium of oil paint. It was Netherlandish artists that had first mastered the impressive realism that could be achieved in oil and Bellini was one of the first Venetian artists to try the technique.
The texture of each element of the painting is readily apparent: the crumpled paper, the sheen of his robe captured with the brightest white, the soft thread of the buttons, the creases of skin, the slightest hint of stubble and the moistness of the eyes. Oil paint dries slowly and allows the artist to blend a range of different tones to create areas of graduated light and dark. The three-quarter pose was also popular in Northern Europe and Bellini’s portrait witnesses to this period of intense exchange.

How has the sitter been represented?

In this portrait Bellini trod a delicate balance between conveying the authority of the doge and his humanity. The plain background ensures that our eyes focus on the figure and his ceremonial dress. The robes of Doge Loredan take up half of the composition. The thoughtful, firm man in front of us looks tangibly real and very near to the viewer yet the parapet separates him and us and this detachment gives him dignity. By adopting the bust format Bellini deliberately reminds us of a Roman portrait bust with its connotations of power and authority.

What was it for?

There is no record of where this painting was displayed. The doge was forbidden from seeking to glorify his own person and that can explain the emphasis in this portrait on the office of the doge. It may have been for Loredan’s family palace or  portraits like this were sometimes given as diplomatic gifts.

Why is this portrait important?

The Italian art historian Giorgio Vasari, writing in the mid 1500s, tells us that Giovanni Bellini popularised portraiture in Venice. The great Venetian artists Giorgione and Titian both trained in Giovanni Bellini’s workshop and would build on his achievements in portraiture, taking it in new directions. 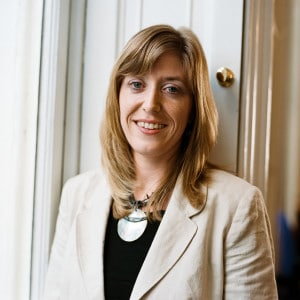 Dr Antonia Gatward Cevizli is a specialist in Renaissance Venice and, in particular, of the city’s connections with the Islamic world. She leads the Foundations of Western Art 15-week Semester course at Sotheby’s Institute of Art.