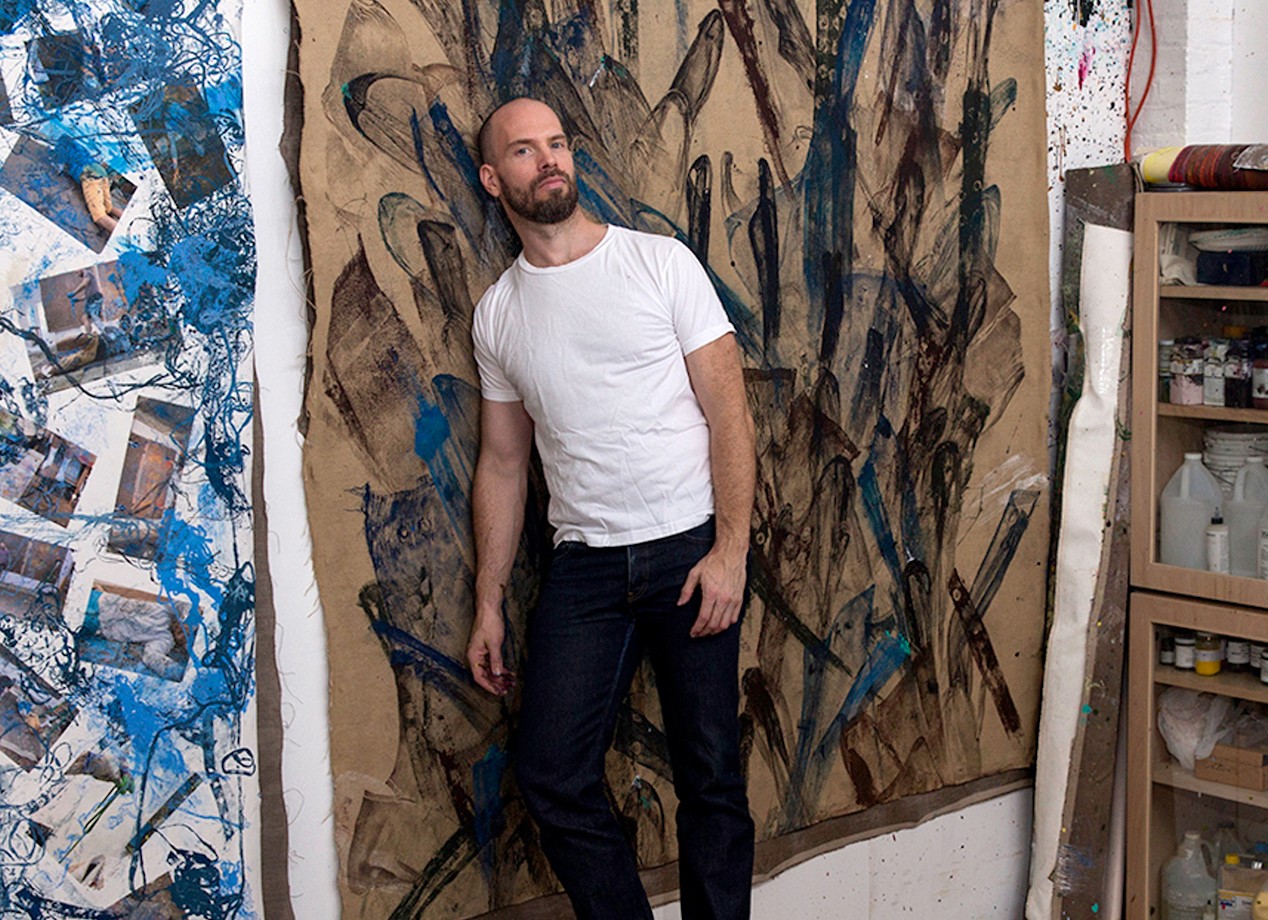 Two men lie on the floor, one on top of the other, facing each other. They lie down on a white makeshift dance floor, which becomes a canvas as the two men move and wrestle. The paint drips from their bodies and onto the canvas as they dance. This is Cordoned Area, a performance by visual artist Jonathan VanDyke.

Jonathan’s self-declared medium is the “expanded practice of painting,” blurring the lines between painting, performance, video, and photography. As much of Jonathan’s work looks closely at the process of creation itself, it is unsurprising that he has taken an active role (as curator and teacher) in supporting the creative efforts of other artists. Here are some tips on how he approaches his role as an artist.

Interdisciplinary—this is how Jonathan defines himself. He has an MFA degree in sculpture and often makes employs video and photography in his work. But, his primary interest is painting and performance and the relationship between the two. Or, as he put it, “I would say all the different media that I work with connects back to painting in some way or another. I’ve been making a lot of work that deals with an expanded practice of painting, and the history of painting and how painting relates to culture. This is really the core kernel of where everything started from.” Finding that clear focus within his multidisciplinary approach has helped him better hone his artistic voice.

About 10 years ago, Jonathan started making sculptures that drip paint out off their surface and do so continuously. The sculptures have a cycle of colors that drip for a period of time when an audience is present. The sculptures drip only when displayed in public, thus creating a performative aspect. “When they go into collections that are private they aren’t typically dripping,” Jonathan explained.“They’re hibernating, so to speak. It’s a particularly interesting challenge for a collector because the piece that they get back from an exhibition is going to look somewhat different than the piece that they sent away.”

Recognize the power of physical objects

Jonathan grew up in rural Pennsylvania in a community with a long tradition in craftsmanship. His father was an art teacher who was “really interested in making a painting and then translating it into a weaving, making things out of common materials.” Jonathan described this process as “a very immersive way of thinking about art, which was just trying all these different experiments, and it was really about the experience as opposed to a finished product.” Jonathan’s work reflects these roots. His pieces combine performance with quilting techniques and painting. He also finds that his students today have “a hunger for tactile, process-based experience, where they’re directly manipulating a material and seeing what emerges from that,” without an interface. “There's probably some research that needs to be done in terms of whether people have this hunger for tactility, for meaningful experiences in an era which is so virtual.”

For more tools and insights on building and managing a career as an artist, join Jonathan’s upcoming Summer course, Art World Basics for Artists.