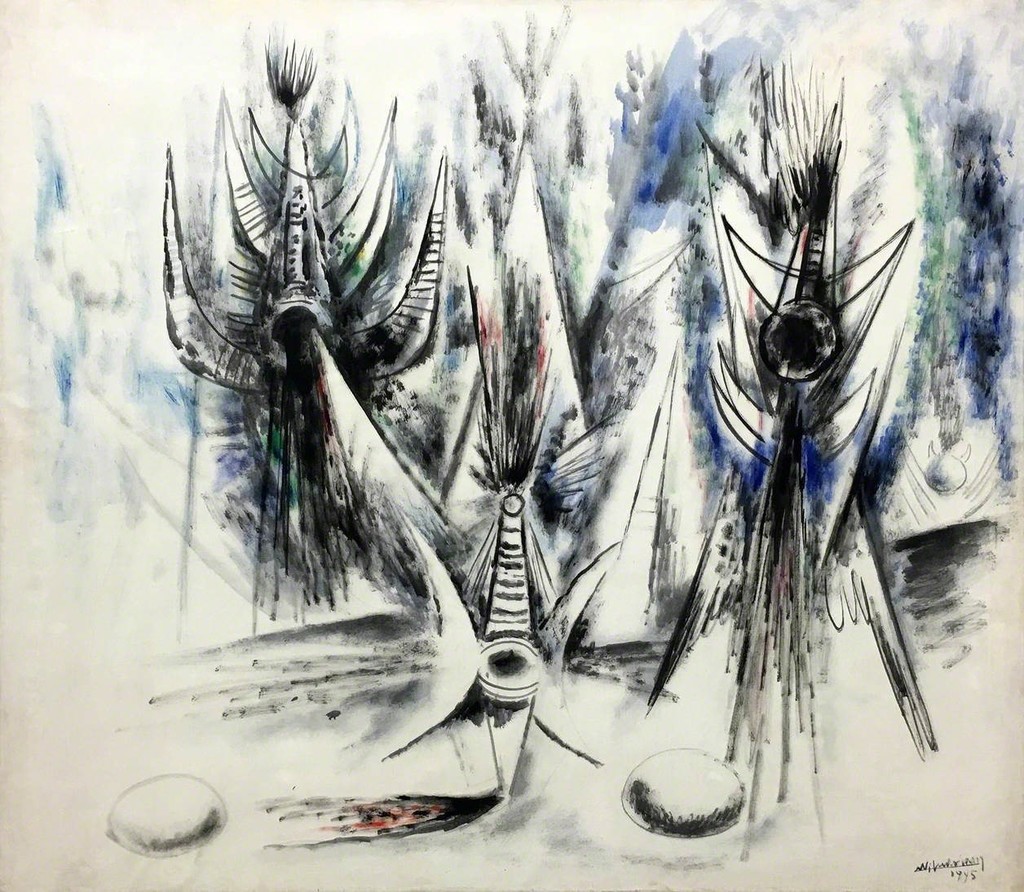 Offering lots of Latin American artists in the mainstream auction sales is not unprecedented, though. Most recently, at the May Contemporary Art Evening sales, Mira Schendel’s Untitled from the series Droguinhas (Little Nothings) (1966), and Sergio Camargo’s Untitled (Relief No. 19/46) were sold for $1.5 million. And, these are just two examples of many others that have sold in previous seasons.

So, then what is new and exciting about this move?

Responding to the challenges of today’s auction business

This announcement sets a new strategy for the auction house – one of many taken by the company over the past two years, under the leadership of Tad Smith. It is a shift from an established practice dating back to the foundation of their Latin American Art Department in 1979. However, it does not represent a complete break. The Latin American team will continue to source the lots that will be on offer at the Contemporary auction sales; and we could also assume that lots benefitting from this “upgrade” will be those from blue-chip artists in the race for the million-and-above price tags.

More than any other region, Latin American art has developed in collaboration and close dialogue with the European and American modern and contemporary art movements. As in the mainstream markets, the value of this category comes from the endorsement of museums and institutional players.

It has not been easy for the market to recognize the influential position of Latin American art, at least not in the way that museums and institutions around the globe have for decades. But Pacific Standard Time: LA/LA is making one of the most compelling cases so far. Beyond reiterating the contributions made by Latin American artists to modern and contemporary art history, the series examines the possibility that their art often anticipated or developed alongside the mainstream art movements rather than being a consequence of them.

Latin American Modern blue-chip art historically sells for $1-$4 million. Prices like these would reflect works of inferior quality by artists such as Jean-Michel Basquiat or Gerhard Richter. Strong results for more conceptual artists like Lygia Clark, whose iconic Bichos crossed the $1 million mark in November 2013 and May 2014 Latin American sales, was a sign that some of the region’s artists were ready to transition into the mainstream auction market.

The region’s art is a relatively affordable alternative, as the top end of the US and European market becomes too pricey. In a 2012 study, I found that the total auction turnovers in 2011 for the markets of Fernando Botero and Gerhard Richter – both born in 1932 and both leading artists in their respective markets – were $17.5 million and $175.7 million, respectively. The market size for “Latin America's wealthiest and most recognizable artist” was only a tenth of Richter’s.* A further look at the segment of Modern art shows that works by Roberto Matta and Wifredo Lam also realize prices significantly below those of their American and European counterparts at auction.

Now, Sotheby’s has created the possibility of injecting supply into a drying-out inventory, with art that is heavily supported by museums and institutions and has significant potential to appreciate substantially over time.

Acknowledging a shift in the collector base

Latin American art has seen significant changes in buyer composition over the past five years. The collector base for the Latin American art auction market is no longer made of Latin American, American, and Europeans bidders. Both Sotheby’s and Christie’s started to spot changes in buyer demographic between the 2011 November and the 2012 May Latin American sales in New York.** A group of Asian collectors bought the top three pieces in a single-artist sale of works by Colombian artist Fernando Botero at Sotheby’s in 2012; the house labelled such participation as “unprecedented”.*** In another unexpected development, Russian buyers bought works by Fernando Botero and Wifredo Lam at the Christie’s Latin American sales in New York in 2014. Sotheby’s latest move is a recognition of the international appeal that the category has earned since 1979.

Learning from the past and looking ahead

The auction calendar in New York has not helped the Latin American market. The regional sales are often held only a few days after the Contemporary auctions. With one record-breaking session after another, it almost feels like bidders have nothing else left to spend on Latin American art. The house is surely expecting to realize better prices. But, if the “best” lots go to the contemporary art auctions, it may send the signal that the regional sales are more of a second-rate market.

The main auction houses’ quantity-rather-than-quality approach has also punished the category for some time. Their aggregated catalogue can easily sum more than 600 lots ranging from modern and contemporary art to colonial painting and furniture. As a result, bought-in rates for the category are as high as 35% (against 4% for the NY evening auction sales), and up to 80% of lots sell below the low estimates (against less than 40% in the main sales).

We have yet to see how Christie’s and Phillips will respond to Sotheby’s new approach. Especially the Russian-owned boutique auction house, which just lost the privileged position they had earned in this market over the past six years by organizing curated sales and smaller catalogues. In a costly bet, they substantially increased the number of lots last season (May 2017). The results were 32.8% lower than those of November 2016 and the lowest since the second half of 2012. It was a trap easy to escape had they learned from competitors. The solution to decreasing rates of unsold inventory is not fuelling the market with more supply and expecting demand to follow. Sotheby’s shift seems to acknowledge this.

So, as far as Latin American art is concerned, Sotheby’s is now the auction house to watch.

Get an insider's look at the art market from those in the know. Explore online courses.