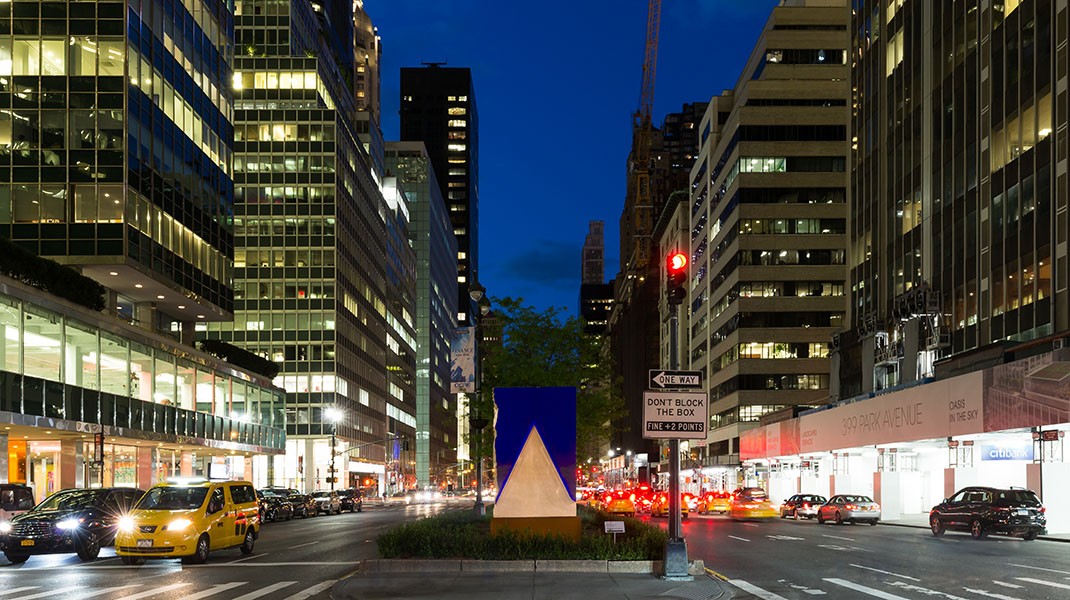 For several decades, Park Avenue has been prime real estate for much more than glistening corporate skyscrapers. The malls that divide the north and south-bound traffic have become pedestals for some of the art world’s biggest names in sculpture. From Jean Dubuffet to Keith Haring, the malls have displayed numerous styles and subjects from artists throughout the world. Currently, Morpho’s Nest in the Cadmium House by Lluís Lleó can be seen on the avenue from 52nd to 56th streets.

As the Park Avenue sculptures are only steps away from our New York campus, the Barcelona-born painter came to the Institute for an exclusive afternoon talk with students. He spoke about his growth as an artist, the inspiration behind the sculptures, and offered some memorable pieces of advice.

In Barcelona, Lluís Lleó grew up surrounded by a family of painters and creatives. Throughout his younger years, he had struggled in school, fascinated by art rather than the classroom. Lleó was never formally trained in painting, however at the age of 16 he began working with his father who was a painter by profession. He learned technical skill in these teenage years, focusing on frescoes and touring through Romanesque churches in Spain.

In 1989, Lleó decided to relocate west to New York City. He began studying film and painted portraits on the side to make money. A collector found Lleó based on these portraits, which catalyzed the beginning of his art career in New York. It also set precedent for Lleó’s value of artist-collector relationships. During his talk at Sotheby’s Institute, Lleó noted that it is crucial to have a personal connection with collectors. He believes that if you make something, you should be able to sell it because it shows that you are able to defend your work. Building ties to your collectors demonstrates this kind of understanding.

"Art is an Act of Faith"

As he continued his work in art, Lleó developed a new understanding of art. “You will spend a lot of time with no one paying attention to you,” Lleó said. This factor hinders many artists from continuing with their passion as a career. “Art and everything surrounding art is an act of faith,” Lleó emphasized. But in choosing to pursue this field you must be self-motivated and persistent. He recommended telling yourself that the MoMA and the Met are waiting for your work to be completed, trust your intuition and continue to create. “The beauty of art is the mystery” Lleó stated and that can be used to your advantage. 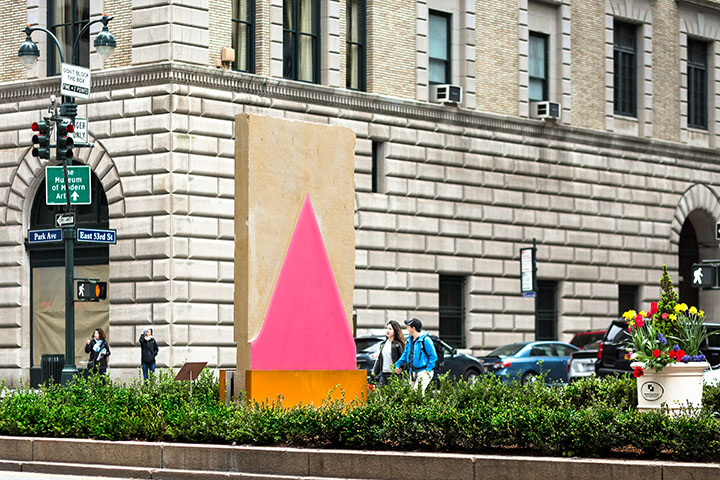 Lleó’s Morpho’s Nest in the Cadmium House drew inspiration from many aspects of the artists life. The sandstones were carved and painted to reflect an intersection between the frescoes of the Romanesque churches he visited as a child and modern geometry and color. In planning these sculptures, Lleó reflected that he wanted to ensure the pieces had a “big” presence without being particularly large and attempting to compete with the shiny, bustling surroundings and skyscrapers. The title took inspiration from the Morpho butterfly, whose lifespan is no more than 115 days but is known for its delicate elegance and vibrant colors.

Lluís Lleó’s work will be displayed on Park Avenue until July 31, so make sure to check it out before it moves to Europe.