On Albert Gleizes, Cubism, and Sports in Art, by Bernard Vere 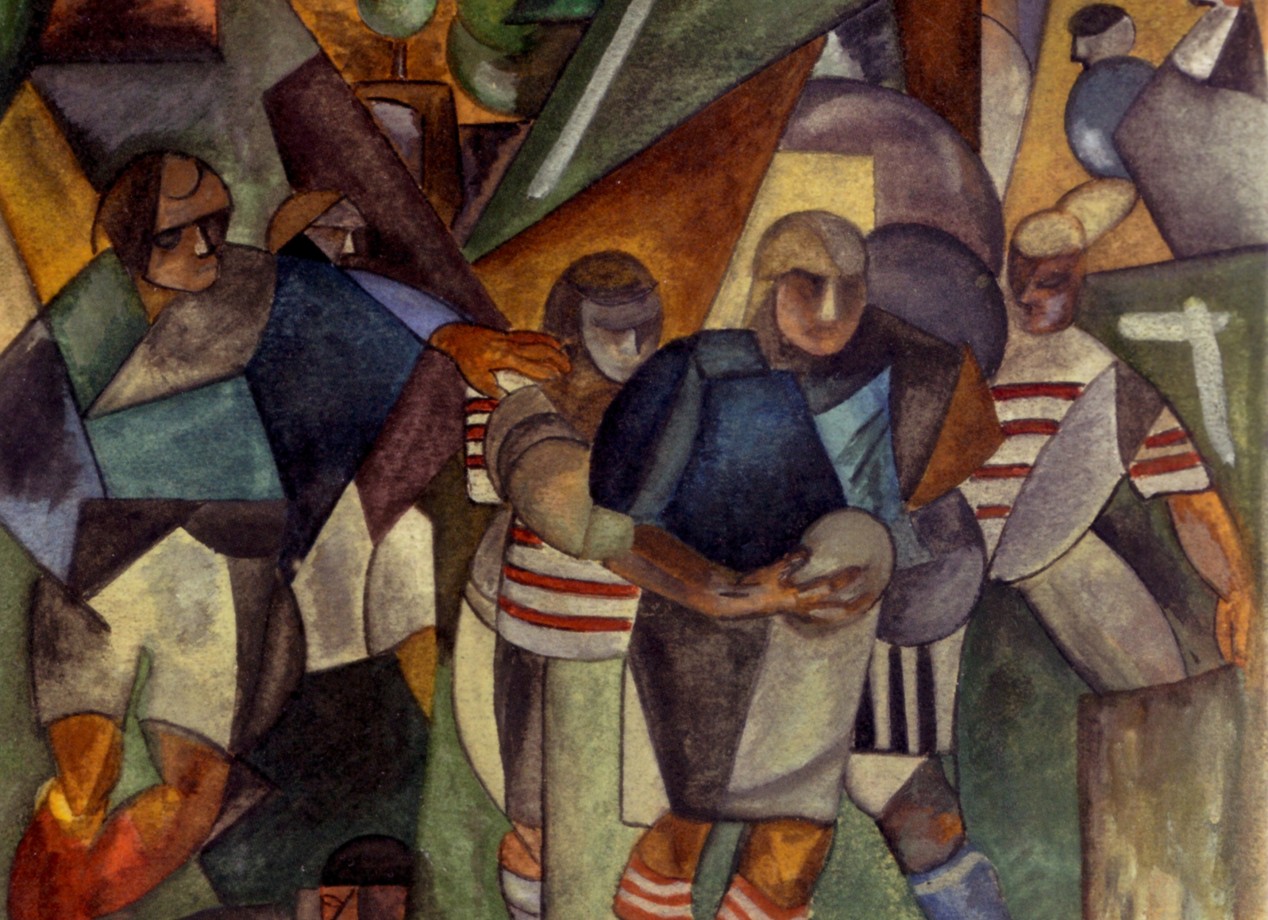 Sotheby’s Institute of Art has numerous relationships with experts and practitioners in the art world - one of the elements that makes an education with us richly textured. For example, specialists from Waterhouse and Dodd, based in London and New York, have advised my students on projects for many years. At the 2016 Masterpiece Art Fair I spotted a painting on their stand that was particularly interesting to me, The Football Players by Albert Gleizes.

Albert Gleizes is not a household name now, but in 1912, when he painted The Football Players, he was at the very heart of the cubist movement. In fact, with Jean Metzinger, he co-authored a book, On ‘Cubism’, that was the first attempt written by painters to explain the movement to a largely bemused public. His work is held in many prestigious museums including Tate Modern in London. His top price at auction, over £1.8m ($2.7m), was achieved in London in 2010 with a painting that had previously been restituted from the Pompidou Center in Paris. I recognised the work on the stand as a study for painting that had once belonged to Nelson Rockefeller and is now in the collection of the National Gallery of Art in Washington DC, also titled The Football Players. 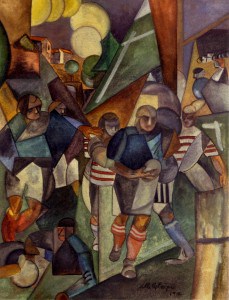 The Washington picture was destined for the Salon des Indépendants in the spring of 1913, a huge annual exhibition at which many avant-garde artists showed their latest works. Both pictures depict a rugby match (confusingly, when French people said ‘football’ before the First World War they meant rugby, not soccer). It’s likely that the team in blue is Stade Français. One of the main differences between the two versions is that Gleizes adds an iron bridge to the background. This bridge is similar to the one over the Seine at Passy, near to where Gleizes and his artist friends would meet. It is also the area of Paris where Stade have their home ground. Rugby was increasingly popular in Paris in the first years of the twentieth century and both paintings show a couple of spectators in front of another row of heads of the crowd, reduced to simple circles, some wearing hats. In fact, The Football Players would not be the only picture of rugby at the Indépendants that year; Robert Delaunay exhibited a huge painting, The Cardiff Team, which was partially based on a newspaper photograph of a rugby match. It was hailed as ‘the most modern picture’ of the exhibition by Guillaume Apollinaire, the famous modernist poet and champion of Cubism. But Apollinaire also thought very highly of the final version of Gleizes’s work, writing that with ‘his Football Players, Albert Gleizes has taken an enormous stride forward. This is his most diverse and richly coloured painting. … the composition is varied and new. Gleizes undertook a difficult composition, which he has succeeded in ordering like a master.’

The painting displayed at Masterpiece was a fascinating object because it showed us Gleizes working out in paint, on a small scale and probably for the first time, the colours and composition that remain largely unchanged in the Washington picture, even though that work is over eight times as tall. It captures a moment when his ideas began to take a firmer shape at a point when Cubism was at the height of its notoriety.

Bernard Vere is the Program Director of the MA in Fine and Decorative Art and Design at Sotheby’s Institute of Art ­– London. He has recently finished writing a book, Sport and Modernism in the Visual Arts, 1909–1939­­, for Manchester University Press.