Power, Confidence, and Control: The Role of the Auctioneer

Home News & Events Power, Confidence, and Control: The Role of the Auctioneer 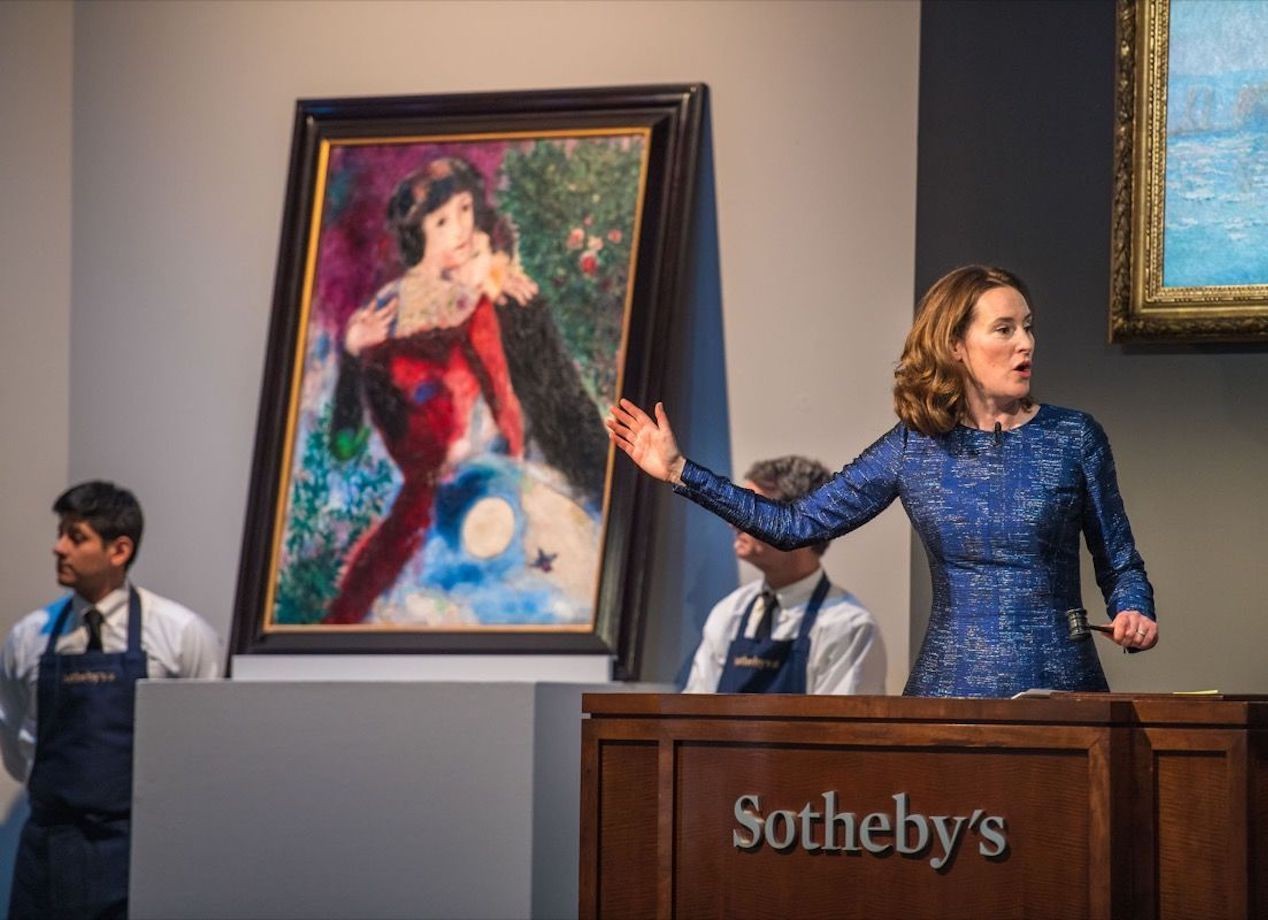 This year, Frances Christie (Senior Director Head of Department for Modern & Post-War British Art at Sotheby’s) delivered the graduation address to the class of 2017 at Sotheby’s Institute-London. Ahead of that address, Christie sat down with Sotheby’s Institute-London CEO Jos Hackforth-Jones to share her insights about leadership, auctions, and the role of women in the art world. An excerpt from that conversation is below. (Watch full interview)

Women leaders in the art world

I think we’ve always been really lucky at Sotheby’s [auction house] in that, ever since I joined in 2002, there have always been incredible women in very senior positions. Until fairly recently...the heads of the two biggest departments at Sotheby’s in London were women: Cheyenne Westphal (Head of Contemporary) and Melanie Clore (Head of Impressionist). Helena Newman is now Head of Impressionist and she is also a Sotheby’s Chairman. I think that’s hugely admirable. Because of their example, at Sotheby’s there’s always been a very natural progression for women.

[Auctioneering] is a complex and demanding job. It’s about reading a room, having intellectual and emotional intelligence, being on top of your client base, looking at the bank of telephones, working closely with the clock to make sure that you’re reading the room, that the bids are right, sweeping the room with your hand to make sure you’re not missing anyone, and ultimately taking control of the room. Traditionally, there are more male auctioneers than female. But now, we see more and more women coming up through the ranks. Helena Newman [pictured above], our Chairman, leads the way. She is an amazing auctioneer pioneering for women.

The biggest step into auctioneering is actually going to a live auction. Lots of people don’t realize that you can simply just walk in and experience it. Once you soaked up that energy and the excitement, it’s addictive. You can see why collectors keep coming back again and again to bid because they want to be part of that excitement. Taking an auction the first few times, it’s equal parts exhilarating as it is terrifying. But I have learned a lot from it.

Our amazing Head of Bids said to me “no one else in the room knows what’s going on.” You are literally the only person who actually knows about the numbers, and how you can control it. And if you don’t speak, no one else will speak, and they don’t know what the numbers are either. Knowing that you suddenly are empowered. It’s a literal exemplification of the saying knowledge is power, confidence in your knowledge and your ability empowers you to do anything. And more often than not, we know more than anyone else in that room.

Go behind the scenes at live auctions and jumpstart your career in the art world with our Masters programs in London, New York, and Los Angeles.