Radical Female Role Models: A Blueprint For Success As An “Outsider” 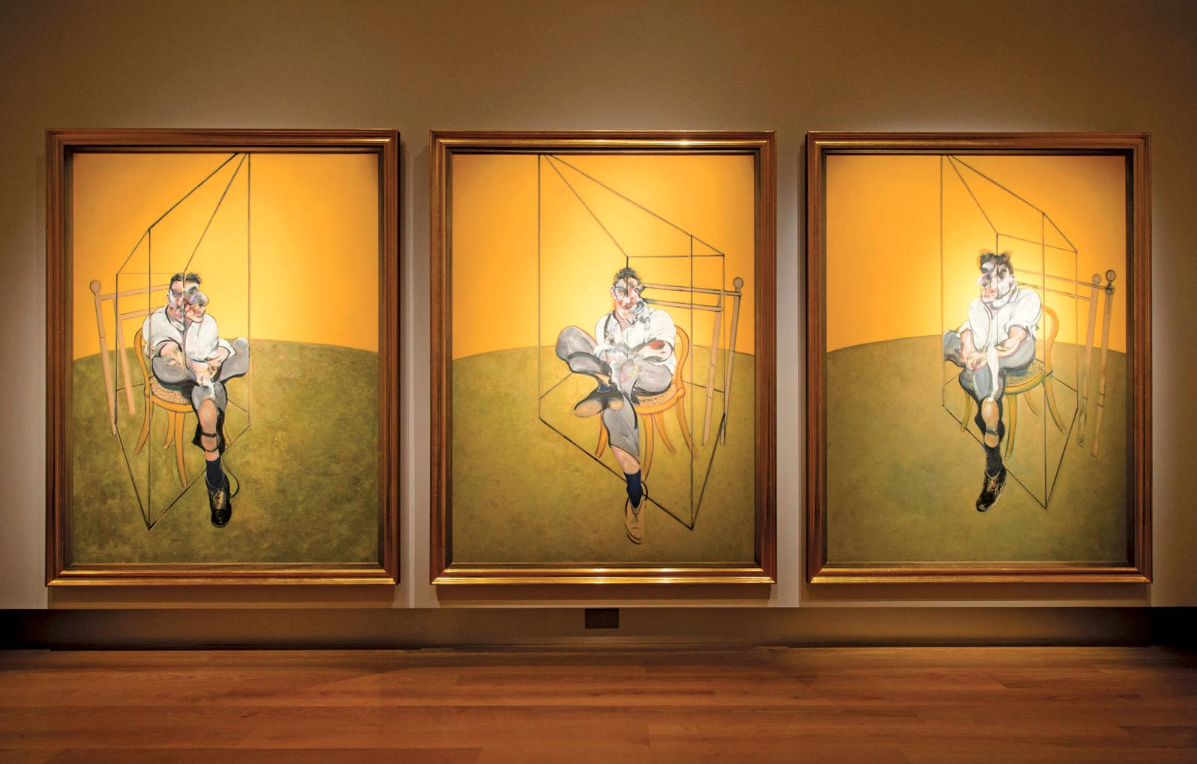 Sotheby’s Institute of Art in London hosted a conference organised by The International Art Market Studies Association on the topic of Refugee Art Dealers in Britain. For the occasion, art historian, curator, and author Cherith Summers presented a paper which outlined her theory that Hanover Gallery’s proprietor, Erica Brausen, may have found in Johanna (Mutter) Ey, a gallerist from Brausen’s native city of Dusseldorf, a blueprint for success as an “outsider”. Read Summer’s revealing insights into the history of these two powerful pioneers of art business. 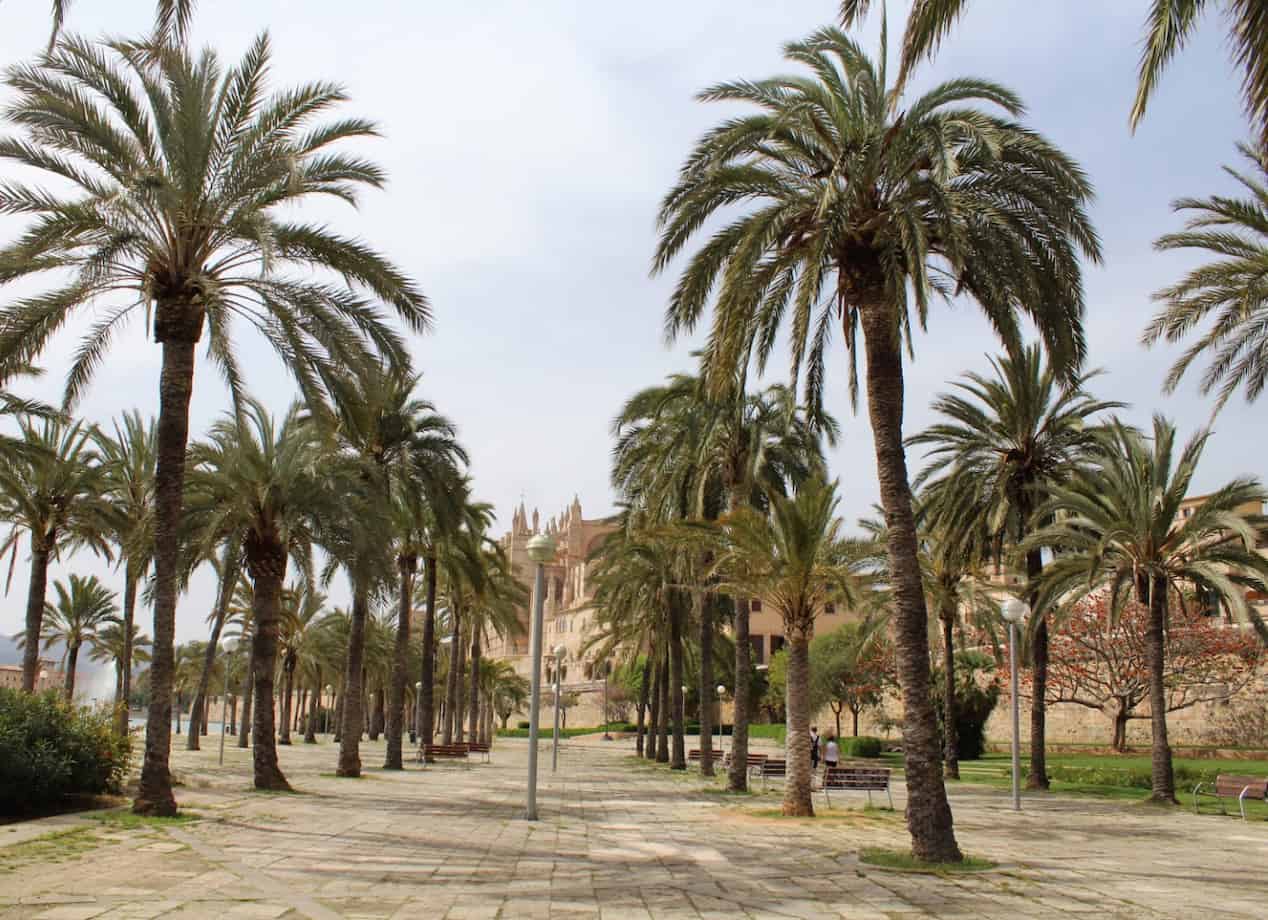 Palma de Mallorca, the paradise where one can behave as one wanted

There were three key points of comparison which I drew between the two women. The first similarity that I noted relates to Brausen’s first experience as an émigré in the late 1920s. By the end of the decade the Nazi party were gaining power throughout Germany. Brausen was a queer woman who no doubt recognised that her sexuality would make her a target for persecution should the party take control. She left Germany in 1929, moving first to Paris before relocating to the artistic haven of Palma de Mallorca in 1932. I suggest that this move was motivated by the example of Johanna Ey. Ey first visited the island in 1927, as the guest of the artist and poet Jacobo Sureda. Sureda had visited her gallery and inspired many of Ey’s circle to travel to the island. As Brausen was a peripheral member of this group, I believe she too was inspired by this encounter.

Palma de Mallorca was a refuge from fascist politics for both Ey and Brausen: Ey described the city as "a fairytale..a paradise!", where she could "behave as [she] wanted". On a second visit in 1932 word reached her that the Nazi authorities were trying to close her gallery, and she returned to Dusseldorf, later recalling how ‘happy’ she had been on the island, and how little she had wanted to leave. I suggest that Brausen too was drawn by reports of the tolerant atmosphere on the island, which had already proved to be a place of solace for other queer women. The island became her home until the outbreak of the Spanish Civil War. Brausen used contacts she had made while on the island to broker the escape of her Jewish and Socialist friends, before fleeing herself. Although she talked little about her past later in life, friends remember her speaking of her pride in having done ‘her anti-fascist duty’ while in Palma. 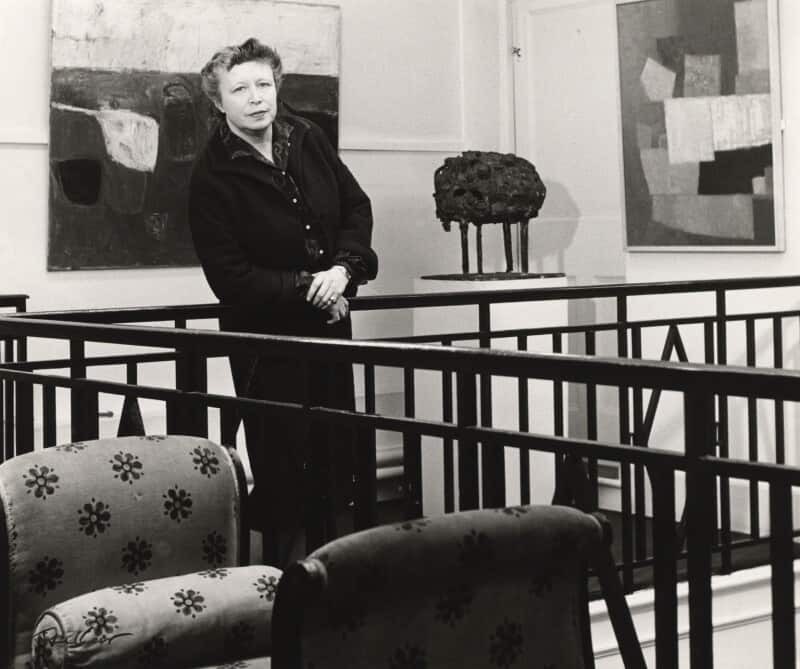 The edge of being women and outsiders

My second point of comparison is that both women fought for success in the art world despite being ‘outsider’. After fleeing Palma, Brausen made her way to London, arriving around 1936/37. She was briefly employed before the outbreak of World War Two when, as a German national she was classified as an "Enemy Alien". In the wake of not one but two wars where Germany was Britain’s enemy, hatred of Germans was commonplace, and Brausen only found work again thanks to the help of two other outsiders; the Austrian born Lea Bondi-Jaray, and New Zealander Rex Nan-Kivell. Nevertheless, she pursued her intention to open a gallery single-mindedly. When she ultimately succeeded, opening the Hanover in 1947, her financial backer and partner Arthur Jeffress was named the progenitor of the business in the press. As an American war hero, Jeffress was a more glamorous and palatable figure than Brausen, a German, queer woman. 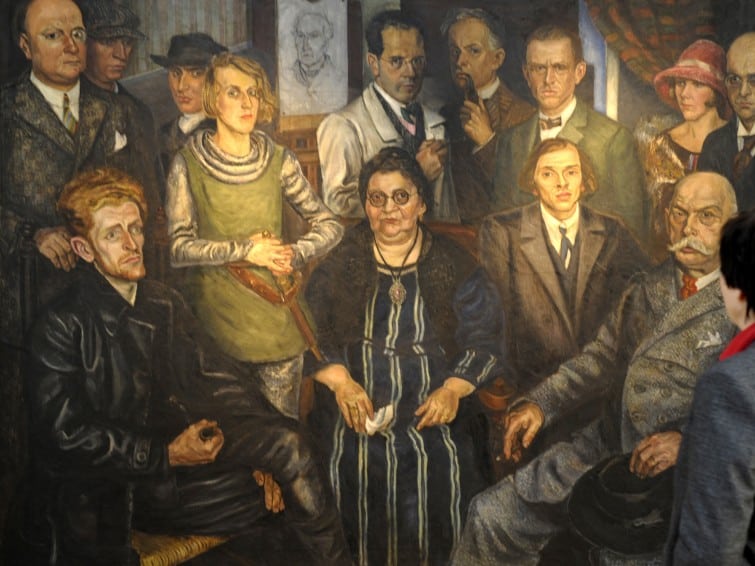 Johanna (Mutter) Ey in the center, surrounded by a few of the artists she represented (Arthur Kaufmann)

Brausen found an example of success notwithstanding "outsider" status in Johanna Ey. The art world was and remains an elitist space, and Düsseldorf in the early 20th century was no exception. As a working-class woman, the fact that Ey was in employment was not unusual. What was much more unusual was her presence as a working class person in the art dealing profession. For both dealers, their status as women also marked them out as outsiders in their professional lives. When Ey was active, the prominent figures in Düsseldorf’s art scene were, predominantly male. Nicknamed “Mutter”, Ey’s gender became both her brand and a dismissal of her professional existence. However, she was able to navigate past these barriers to “insider” status, arguably becoming the central figure for Das Junge Rheinland, and unquestionably one of the best known figures in the Rhenish art world.

Pushing the boundaries of modern art

Having established themselves as dealers, both Ey and Bausen subsequently made the choice to exhibit material which pushed the boundaries of modern art. This choice opened them up to financial risk, but also was a deliberate move for both women, who spotted the talent in artists who were elsewhere being denied the opportunity to exhibit.

When Ey opened her first gallery, she entered a very conservative artistic scene. Outside of exhibitions organised by the artists themselves, Ey’s Neue Kunst was one of the first places where the public in Düsseldorf could regularly interact with and see German avant-garde art. Ey encouraged the members of Das Junge Rheinland to select the works they wished to exhibit without ‘being subject to a jury’. This radical choice allowed artists like Gert Wollheim and Otto Pankok the opportunity to expound their belief of what art should be. Artists visited to associate with the group, and it was through one of these visits, by the artist Felix Müller, that Ey was introduced to Otto Dix. She began to show his work in the early 1920s, allowing him to make some sales and to "[begin] to make a career." She supported Max Ernst prior to his international repute, taking "a collection of 18 of his best pictures and showing them widely, paving the way for the artist."

While the avant-garde work Ey exhibited drew crowds, it was not easily sold. The industrialisation of Düsseldorf in the 19th century had birthed a group of middle-class collectors, but their tastes skewed toward the more classic "Düsseldorf school", so to maintain the business Ey chose to cater to these tastes. These sales allowed Ey to give a sustainable platform to radical artists, and enabled the launch of the careers of some of the century’s most celebrated avant-garde artists.

When Brausen opened the Hanover Gallery in 1948 she followed this example. London was no cultural backwater, but, in part thanks to highly restrictive war-time bans on the importation of artwork, the scene had become somewhat inward-looking. The import ban was lifted in 1949, the Hanover’s first full year of operation, and the gallery was ‘conspicuous in grasping the opportunities offered by the end of the trade barrier’, introducing London that same year to foreign painters including the abstract artists Buffie Johnson and Hans Hartung. The gallery is best known for giving Francis Bacon his first solo show - Bacon credited Brausen with turning his career around, saying "How did I begin to sell pictures? [...] She came to see me and immediately bought a large canvas I had done [...]. That’s how it began."

Brausen "was one of the few gallery directors never afraid of making mistakes and was always open to the work of newer, younger, untried artists." The Hanover gave Eduardo Paolozzi a key early show in 1950, introducing London to William Turnbull at the same time, and introduced London to Germaine Richier, Niki de Saint-Phalle, Jean Tinguely and Louise Nevelson. These and many other exhibitions secured the gallery the reputation of "perhaps the least insular thermometer of taste this side of the celebrated white cliffs." Brausen, too, struggled to sell much of the more daring work which she promoted, with "stacks [of Bacon] in the basement of the...gallery which nobody wanted in the 1950s." Like Ey, she planned her business to accomodate for the difficulty in selling these artists. The upper floor of the gallery would often play host to their exhibitions, with nary a sale throughout their run. Downstairs, the art world ‘celebrities’ secured the sales which kept the lights on.

I highlight these examples to point to what I consider to be the greatest similarity between Brausen and Ey. Perhaps as a result of their outsider status, both Brausen and Ey were able to spot the promise in the most avant-garde artists of their time, and chose to take the risk of promoting these artists in their galleries. Rather than lean into easier sales and more lucrative prospects, both Brausen and Ey stuck to their conviction, making choices which shaped the course of 20th century art history.