Revelations and Renewals: My Experience in Arts Advocacy 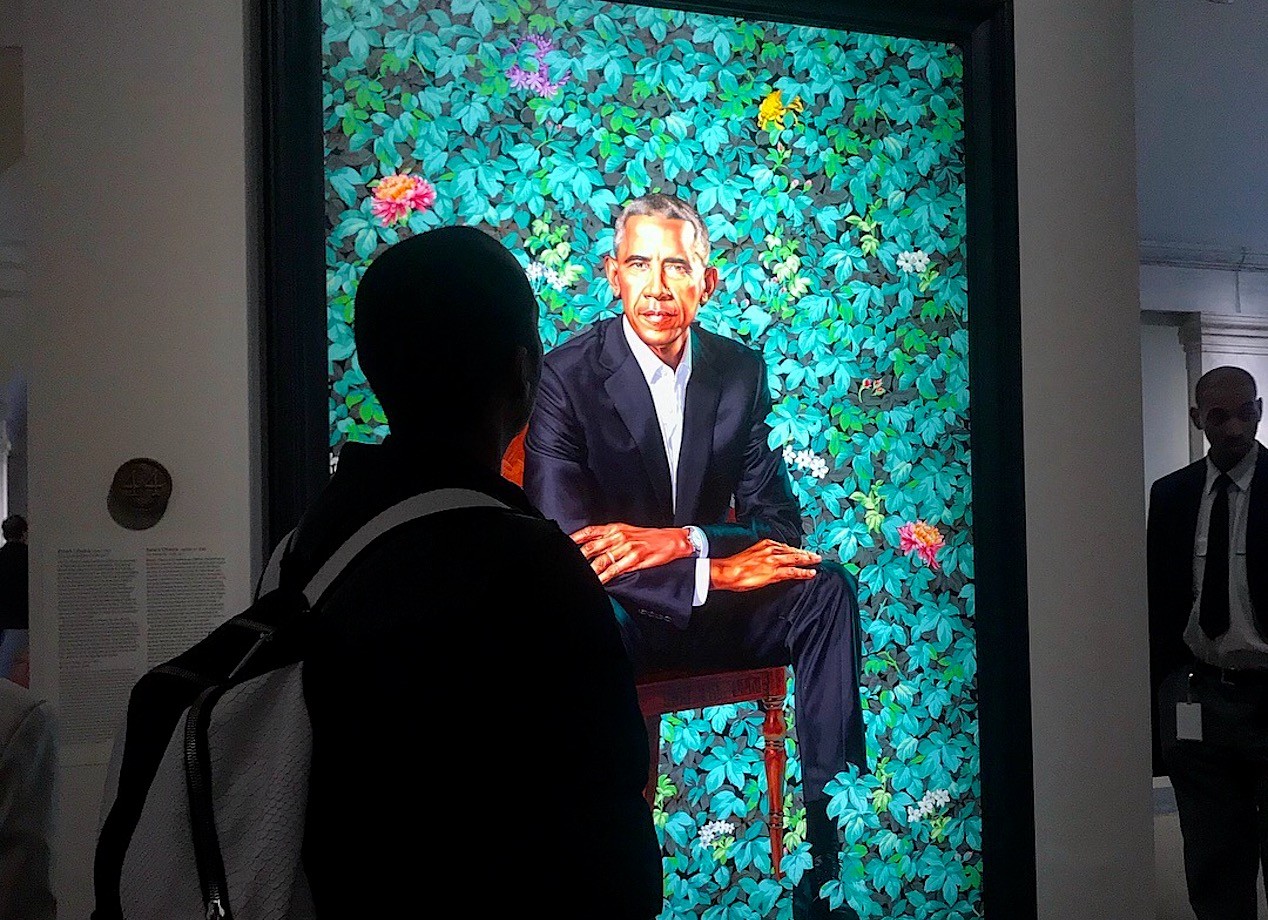 This article is part of a series of Los Angeles student reflections on a field study trip to Washington D.C. to participate in Arts Advocacy Day. To learn more about the series, click here.

When I opened Gallery 38 in the West Adams District of Los Angeles with my partner Erez Safar, our goal was to provide a safe space for artists, and a way to engage our community in the appreciation of contemporary art. This was a large task, but we felt a responsibility to the artists who deserve to have their visual voices heard, and to the cultural community of South Los Angeles, which is drastically underinvested. I felt that same responsibility as I headed into Washington, D.C. to advocate for the arts.

I arrived with a surplus of arts professionals and students—all crusaders on issues plaguing the arts in our communities. I was excited to gather with representatives from different states at the Grand Hyatt Washington, a five-minute walk from Capitol Hill. We scurried to get to our seats, which were in the front of the hall with a clear view of the presentations. We opened the first day with facts, figures, and key information about new legislation and initiatives. We then witnessed role-playing from Americans for the Arts leaders on how to successfully meet with government officials.

Participating in the Creative Economy

The program leaders did an amazing job raising awareness of issues related to our creative economy and how funding and support for the arts affects everyday life. Becoming more aware, I was able to understand how these proposals would directly influence my efforts to help develop the arts community of South Los Angeles.

Before attending, I don’t know if I truly understood just how involved the arts are in our local and global economies. One of the most inspiring statistics was the effect that spending has on communities. The arts have a multiplying effect that benefits not only art spaces and artists but also local food trucks and mom-and-pop stores that depend on the foot traffic of potential patrons.

I learned about new ordinances being proposed that were directly associated with the mission I undertook when I started my creative business. I became very fond of the Comprehensive Resources for Entrepreneurs in the Arts to Transform the Economy (CREATE) Act, which pledged to “invest in the country’s workforce and creative economy; to recognize artists, entrepreneurs and non-profit organizations as contributors to the small business economy.” This legislation would increase technical assistance to artists, incubators, and grant programs that support participation in the creative economy. This encourages innovation, leadership, and entrepreneurship among micro-businesses that improve the welfare of the local creative community.

I realized that we were but a short walk from the National Portrait Gallery and the newly painted and installed portraits of former President Barack Obama and First Lady Michelle Obama—two of the country’s biggest advocates for change. I was inspired beyond belief to see these works illuminated in the space and so did countless other visitors. Standing in front of Kehinde Wiley’s portrait of Barack Obama, I was taken aback by the life, color, growth, and leadership radiating from the work. I felt as if it was my duty to be there at Arts Advocacy Day, and that President Obama would be as proud of me—as I am of him—for taking charge and advocating for others.

When the conference reconvened, we broke into smaller groups to discuss specific issues regarding the arts in our society. I chose panels on “Protecting the Arts in Higher Education,” “Strengthening the Creative Economy through the CREATE Act,” and “Views from Student Leaders” where we heard from high school ambassadors who want to keep arts as a major part of the educational experience. One of the speakers, Margo Drakos (Founder and CEO of Artist Year), spoke about her performance art program’s impact on students and the community. Her program was employed at South Philadelphia High School in my hometown of Philadelphia. I immediately felt connected to her audience because I was once one of them. I reached out to Margo to learn from her strategies and incorporate her proven techniques into my approach.

I was selected to join the group that would visit Senators Diane Feinstein and Kamala Harris to gain their support. I am a huge fan of Senator Harris and her campaign. I was ecstatic to be able to visit her office. I returned to my hotel with a mini-script that I repeated all night long just so that I could look like a pro when I stepped onto Capitol Hill.

We arrived early the next morning at the Russell Senate Building to enter a long line of lobbyists ready to kick off Arts Advocacy Day in full force. Braving the wind and morning chill, we awaited our entry to the main hall. I finally spilled into the hall to hear congressional representatives giving their opening speeches. I hurried inside just in time to hear the speech of Jane Chu, chair of the National Endowment of the Arts. She gave a big-hearted welcome that stimulated the crowd and spoke to the $764 billion generated by the arts in our country. In the words of our current Commander-in-Chief just a few blocks away, “billions and billions!”

As the speeches drew to a close we rehearsed our stories to ask the Senators for support. We went to Senator Feinstein’s office first in the nearby Hart Building where we met with Andrew Fuentes, one of the Senator’s aides. He was very receptive, aware, and inviting of our stories and concerns. He was knowledgeable about arts policy initiatives and knew where the Senator stood on the issues. His responsiveness cured my anxiety as a newbie on the Hill, and allowed us to fully deliver our pitches for investment from his office. With everyone on a strict schedule, we promptly took a group photo, thanked him, and headed downstairs to our next appointment.

Senator Harris’ office had a large blue and white “Dreamers Welcomed Here” sign at her door and I thought that to be a fitting welcome. We met with Lisbeth Alvarez, who previously lived in Los Angeles and was familiar with our local communities. Talk about an ice breaker! She immediately understood our concerns and knew firsthand how the correct legislation could truly impact the communities we were representing. I talked about the State of California being a leader in the creative economy and how the support of congress would allow us to continue our leadership at the local level. This time around we were more confident and able to expand on our delivery and enjoy a friendly conversation about the betterment of our overall communities. We ended our meeting with a photo, an exchange of information, countless thank you’s, and a promise to share information with the office to help improve their awareness of what is happening on the ground in our local neighborhoods.

I was full of energy and excitement from the meetings and decided to go and see the Martin Luther King Jr. Memorial. The monument’s placement, size, and silence surrounding the sculpture was overwhelming and transported me to a place of serenity. I replayed his speeches in my head and saw his exact words inscribed in marble. Then it hit me. I finally understood why I had wanted to attend the Americans for the Arts Advocacy Day, why I wanted my face to be seen and my voice to be heard. I thought about how Dr. King advocated for me to have a place in society. That is how I ultimately want to be remembered, as someone who cared.

Badir McCleary is an independent curator, advisor and art market strategist in Los Angeles. He holds a MA in Art Business from Sotheby’s Institute of Art - LA at Claremont Graduate University and an undergraduate degree in Internet Computing from Cabrini University. In 2013, Badir created the art review and critique web space ArtAboveReality.com to focus on the Black and Latino artists in the Art Market. Follow Badir on social media at @ArtAboveReality.