A Star Is Born: LA’s New Lead in the Art World 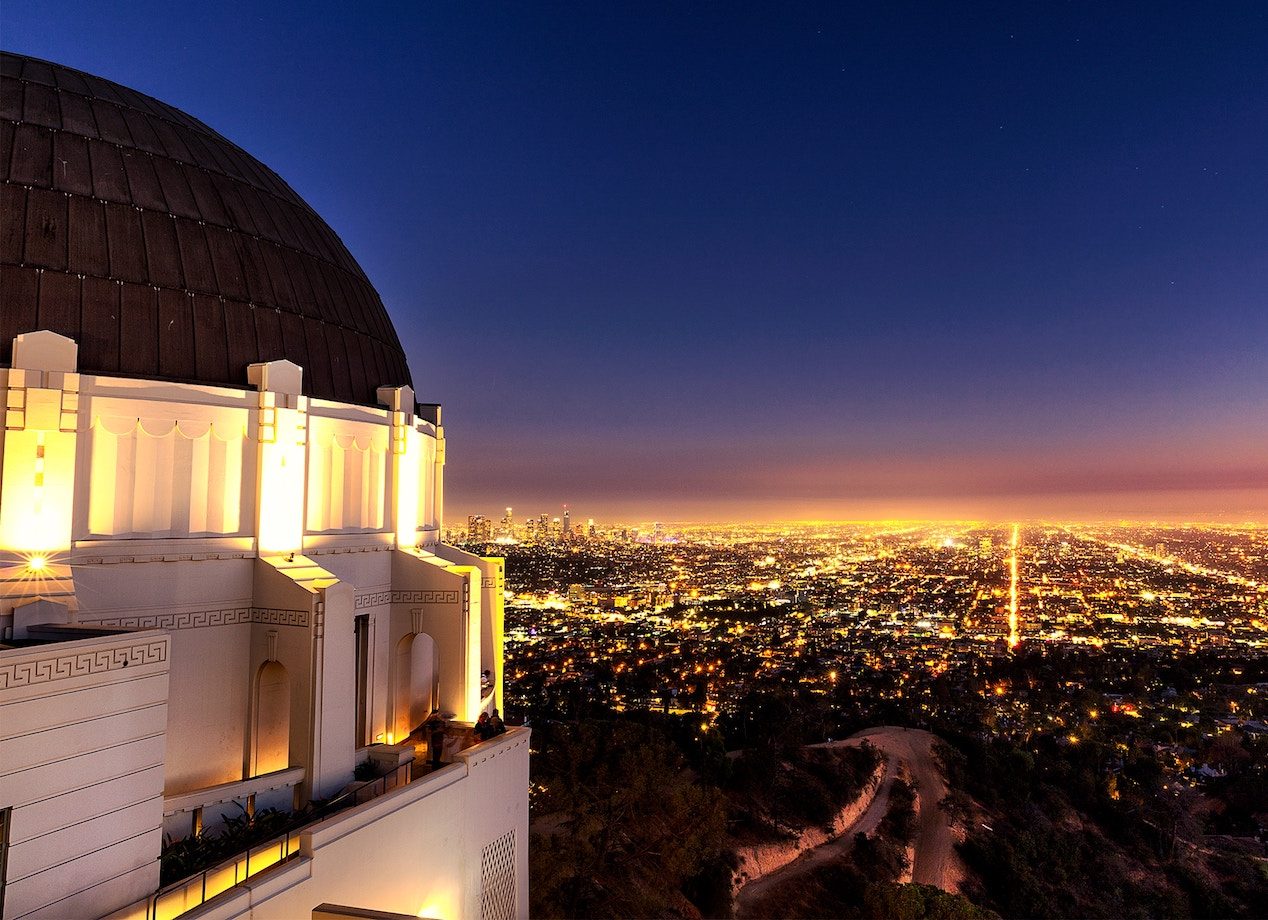 Frieze, the art fair heavyweight responsible for igniting Frieze weeks in London and New York, has just introduced its newest edition — in Los Angeles. The sprawling urban sublime known for its sunny skies, Hollywood stars, and entertainment giants can now add “art world leader” to its resume. But the city’s rise in the art scene has been in the making for several decades. On a recent episode of the Apollo Magazine Podcast, Jonathan T.D. Neil, Director of Sotheby’s Institute-Los Angeles, said he viewed the arrival of Frieze as a signal to the art community that "LA [has] a commercial sector for arts and culture that can play on the global stage." So, let's discuss LA’s big moment and how the Institute — one of the first on the scene — knew it was only a matter of time before the city claimed its art world lead. 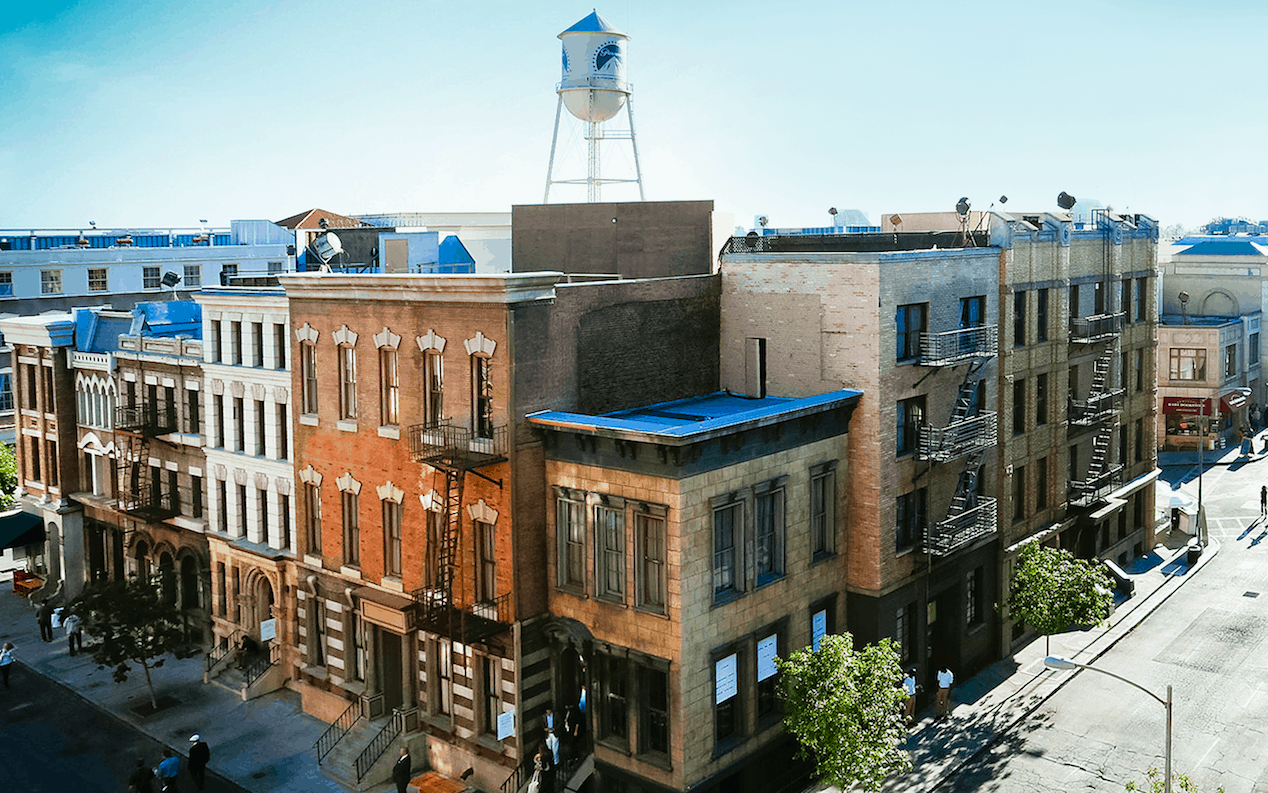 The backlot at Paramount Pictures Studios serves as the setting for Frieze Los Angeles, showcasing immersive artist projects and films, alongside pop-ups from creative enterprises, non-profits, magazines, restaurants, and bars.

If you’re in LA and even remotely attuned to the art world, you can’t escape the feeling that something special is happening — that the art hub is flourishing. The arrival of Frieze is certainly a strong indicator that LA is becoming an important player in the arts and culture sector, but there were signs all along. The art world is not new to LA. From the groundbreaking exhibitions of Paul Schimmel in the 1990’s to the work of Michael Asher and the Ferus Gallery, the city has a strong history of providing a platform for modern and contemporary art in the United States. Most of the art scene, however, remained local — LA and its artists were not well known on the global stage.

When Sotheby’s Institute noticed a lack of West Coast representation in student demographics despite the budding art scene, the idea for an LA campus was born. In 2013, in partnership with the Drucker School of Management at Claremont Graduate University, Sotheby’s Institute-LA opened its doors, bringing art business education to the growing market. And the hunch was right. In the past few years, blue chip galleries, the likes of Hauser & Wirth, and museums like the Broad, have all placed a stake in the city. Today, with the arrival of Frieze, the art world’s move to the sunny city clearly deserves all the hype and attention, but also begs the question: why LA? 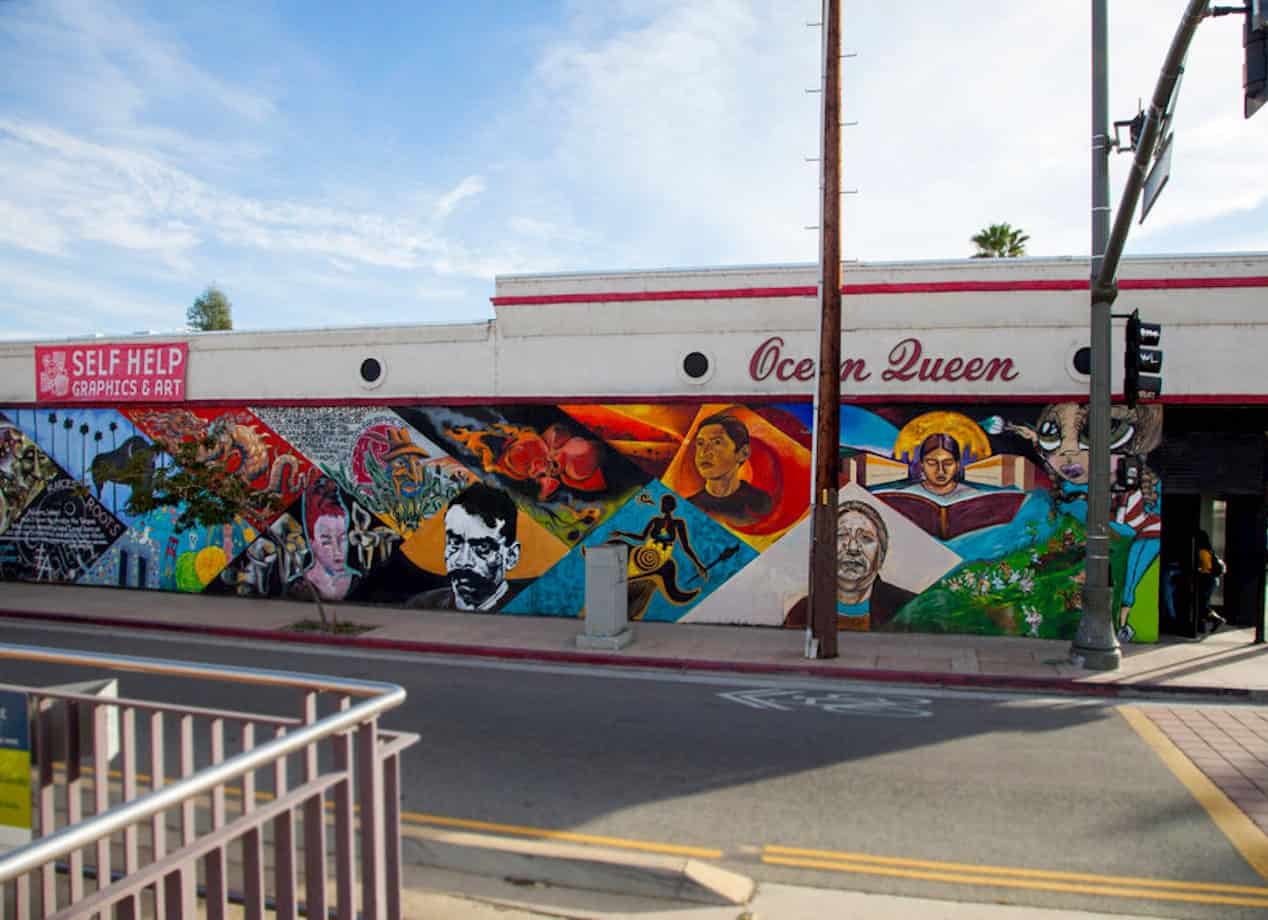 SothebySelf-Help Graphics & Art has served as a leading space for Latinx arts, culture, and community since its founding in 1970. The organization’s Executive Director is Betty Avila, a graduate of the MA Arts Management program at Claremont Graduate University, now affiliated with Sotheby's Institute-LA.

Anyone who has ever been to an artist studio in New York knows that space comes at a premium and is not readily available. In Los Angeles, on the other hand, there is simply more space for more artists to do more work — especially large-scale work. And then there’s the weather. But it’s not just the quality of life that keeps LA artists local; it’s also the rich pool of talent and resources. The city and its environs are home to some of the best art schools in the country. It is also the epicenter of the entertainment industry and offers artists with ambitious ideas something that other locales don’t — an abundance of skilled makers from other disciplines who know how to produce sets, animation, graphics, and video work. 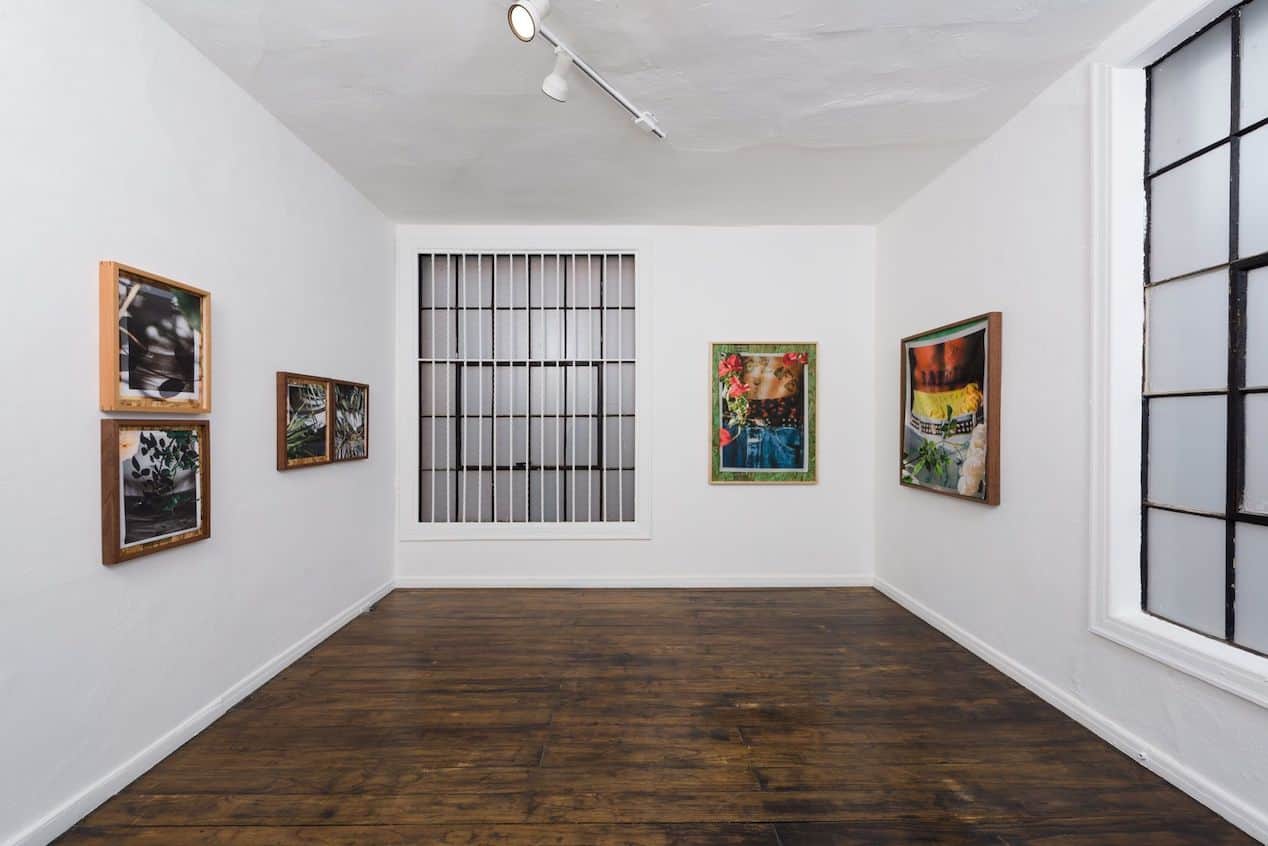 Kibum Kim, Sotheby's Institute-LA's MA Art Business Director, co-founded the LA gallery, Commonwealth & Council, to explore how a community of artists can sustain our co-existence through generosity and hospitality. Photo: Installation view of David Alekhuogie’s to live & die in LA (2019).

On the other side of the ledger are the galleries and art institutions that have been slowly building up their LA outposts. Between 2013 and 2016, fifty galleries opened in Los Angeles — a significant number even by New York standards. As Jonathan Neil explained, it can all be traced back to “Pacific Standard Time,” an initiative of the Getty which brought together over 60 art institutions in an effort to celebrate the budding art scene in LA. Both the 2011 and 2017 iterations of the initiative have put a spotlight on the city and the art world noticed.

The other piece of the puzzle that is responsible for the expansion of the LA art market is the development of a new collector base. The growth and diversification of the business sectors in Los Angeles have added tech and real estate titans to the collectors from the entertainment industry. The move of Frieze to LA, then, makes perfect sense with the trajectory of where the city’s art market is heading. But it won’t be the first edition of the fair that will determine whether the LA art market will continue to flourish. The real question is, will the blue-chip galleries come back for year two? Only time will tell. 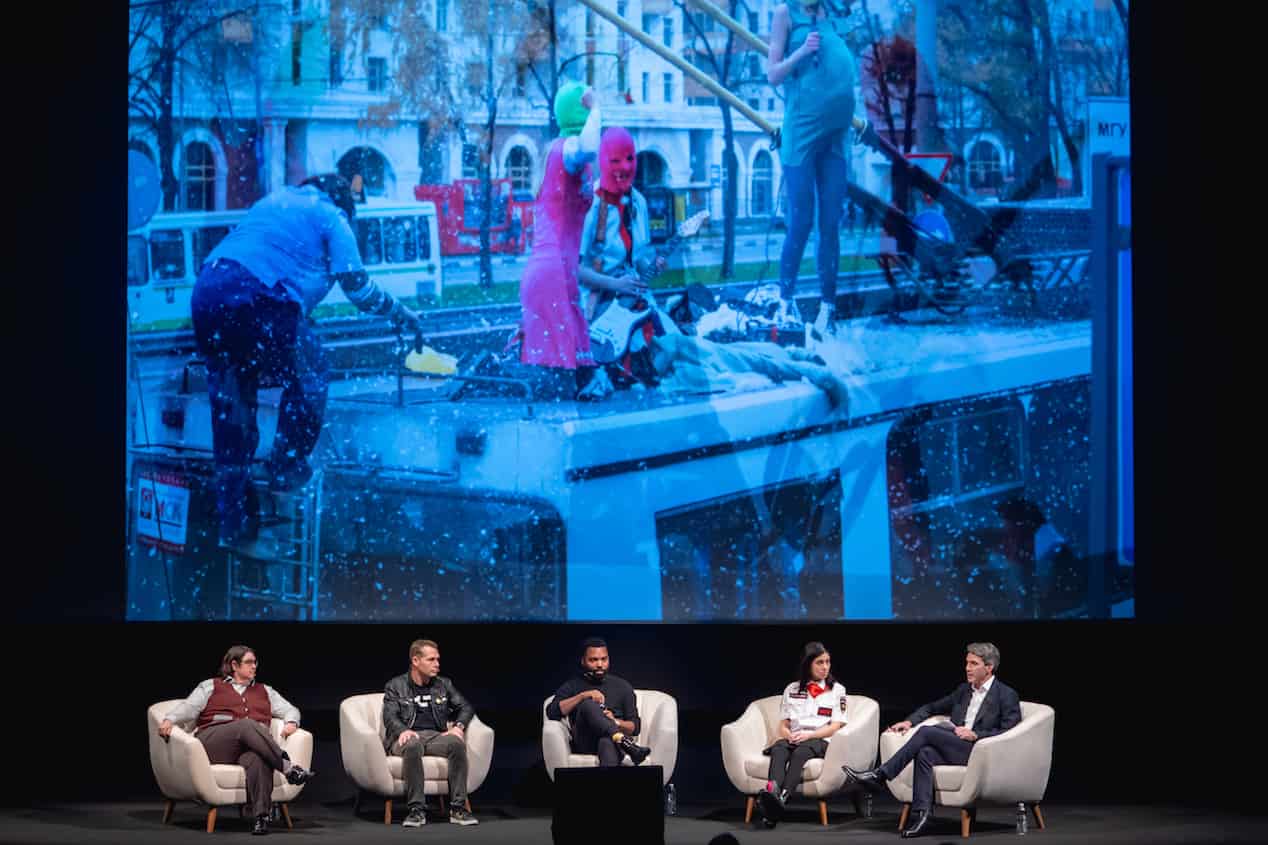 A Tale of Two Art Worlds: Commercial and Non-Profit

“We've built a program in Los Angeles that's really on the fault line between two different value systems in culture…the commerce-driven and the mission-driven organization,” shared Neil. Unlike that of its fellow cultural capitals of New York and London, LA’s art market is very much intertwined with the non-profit side as well as the social, activist side of the city’s art scene. Art institutions have understood and implemented these interconnected parts of LA, adapting the dual perspective in their approach. For the LA edition of Frieze, this means including radical galleries like Commonwealth & Council, co-owned by Sotheby’s Institute-LA's MA Art Business Director, Kibum Kim. For the new Frieze LA week, this means satellite fairs such as Felix Art Fair showcasing galleries the likes of Baik + Khneysser — founded by Institute alumna, Judith Khneysser — which focuses on Indonesian Art and grapples with topics of foreign influence and racial mystification. And for Sotheby’s Institute in Los Angeles, this means more collaborations like the recent panel on activist art at The Broad Stage with Pussy Riot Founder Nadya Tolokonnikova, Shepard Fairey, Catherine Opie, and Tavares Strachan. Los Angeles seems to be settling nicely into its new leading role in the art world.