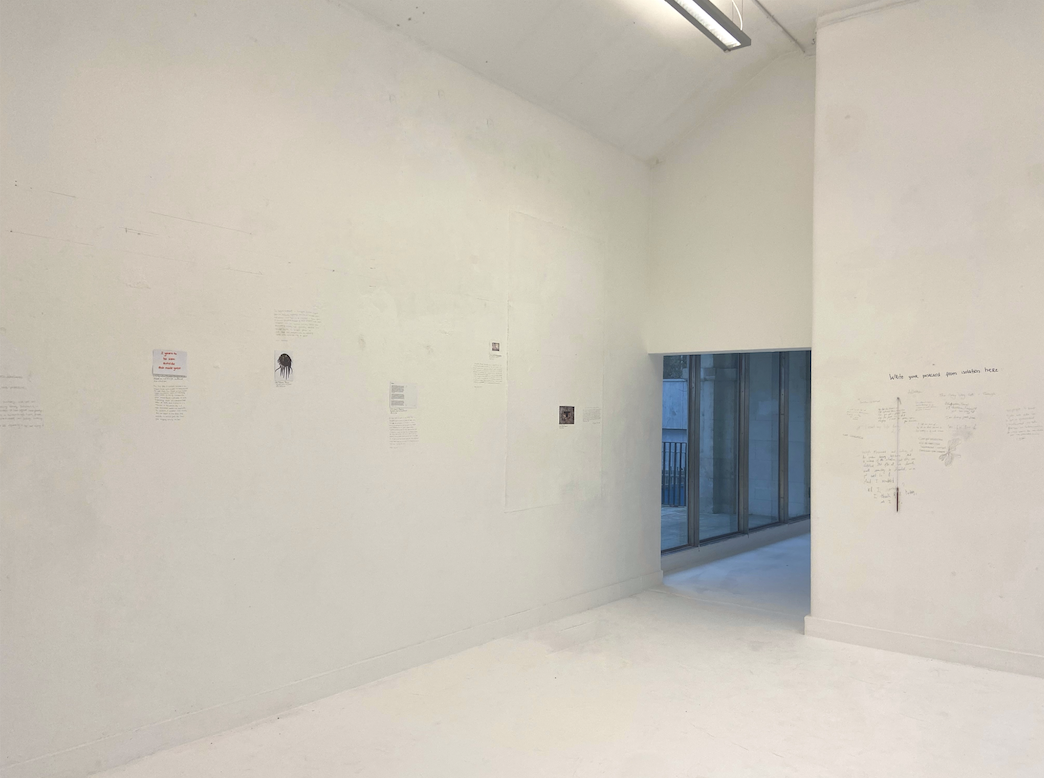 The show Postcards from Isolation results from the collaboration between students of MA Fine Arts, Chelsea College of Arts and the Art History students at the University of Innsbruck.

The project started during the lockdown caused by COVID-19 in early 2021. The question "How can artists and art historians work together when they are isolated from each other?" became the departure point of this initiative. Because of the pandemic, Chelsea students were not able to access their studios in London. For the same reason, the examination of artworks, a fundamental requirement for art historians, was no longer possible in Innsbruck. A solution was found in postal service. Chelsea artists produced artworks in A-5 postcard format and sent them to Innsbruck by mail. After researching the "postcards", art historians from Innsbruck wrote texts that complemented the artworks of Chelsea College students. Some of those texts were traditional art-historical analyses, but subjective reflections and poetic approaches were also among the pieces submitted. In November, Postcards from Isolation was exhibited in the Archaeological Museum of Innsbruck in a horizontal display, as if exhibiting documents or archives. Conversely, when the artworks and texts reached London in December, the curators chose an altogether different display. The curators, MACA students at Sotheby's Institute of Art, sought to exhibit the London-Innsbruck collaboration as an artwork itself. The postcards were displayed with the texts (which were hand-written), and both were “hung” on the walls. The exhibition Postcards from Isolation became a collection of stories, thoughts and works relating to the long months of isolation due to the pandemic. Poetry, writing, photography, painting, embroidery, sculpture and other media are intertwined in an epistolary relationship in which creativity flourishes in the limitation of the letter and the ignorance of the counterpart. Correspondence is considered as a monologue in which the listener is silent, distant and does not interrupt. In this perspective, where there are no misunderstandings and wrong views, the viewers are invited to read these correspondences trying to give their external interpretation to the texts and the works.

Advance your career in the art world with unparalleled access and support. Learn more about our MA Programs in London and New York.