Taxidermy to Tennis Balls: Rauschenberg and the Art of Recycling

Home News & Events Taxidermy to Tennis Balls: Rauschenberg and the Art of Recycling 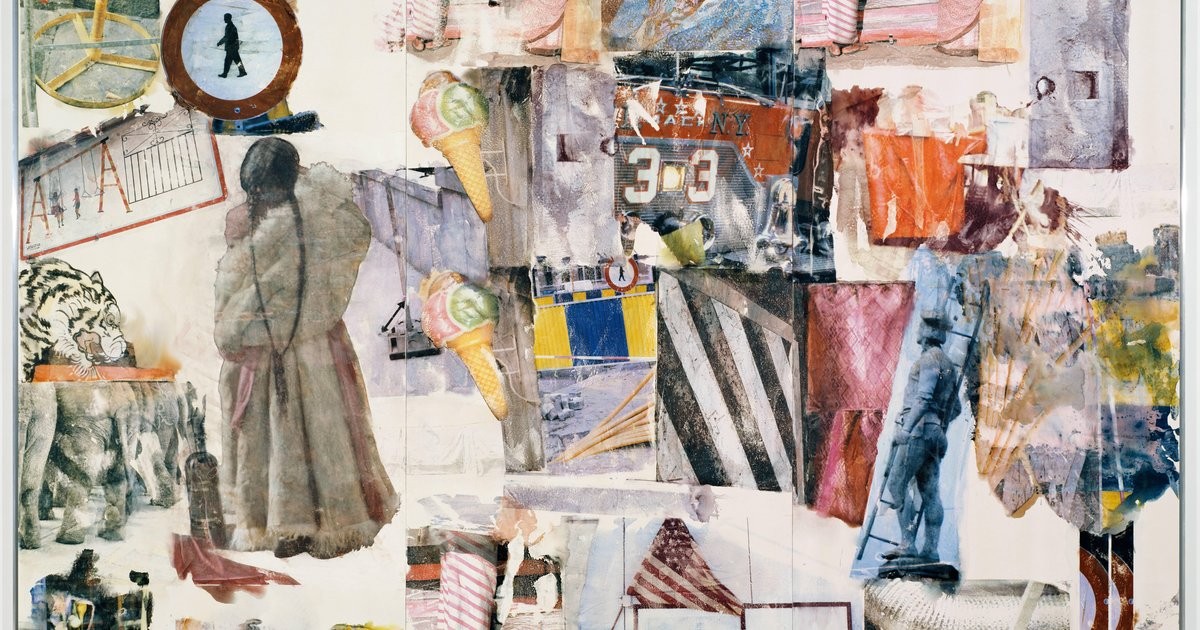 Scouring second-hand shops, flea markets, and the streets of New York, Robert Rauschenberg made a name for himself creating some of his best-known works from other people's "junk".

When the young Robert Rauschenberg was developing his artistic vocabulary in the 1950s, a distinctive trait of his work was that it simply did not look like art. Stepping away from the heroic undertones and existential nature of Abstract Expressionism, he culled myriads of mundane objects from his everyday environment and gave them a new lease of life in what he called his Combines paintings.

To imagine Rauschenberg finding inspiration in the streets of New York, where he moved in 1949, is to evoke the figure of a scavenger. Shops, flea markets, but also the city streets were a gold mine for this tireless object hunter. Striding along the streets, he brought back to his studio a vast array of artifacts which would be integrated into his Combine paintings. These objects include newspapers, a crank, gears, a mirror, photographs, stamps, wax, fabric, a mirror, a quilt, a pillow, socks, shoes, maps, plastic, a light bulb and a tennis ball. The list, of course, is far from complete.

A very different kind of object is the taxidermy Angora goat Rauschenberg bought in a second-hand shop in 1955, still early on his career. In the artist’s studio in Pear Street, there was no doubt that the long-haired ruminant stood out among the bric-a-brac dragged in from the streets. Soon it found its way onto a shelf attached to the upper part of a Combine painting. Majestic and somewhat intimidating with its long curving horns, it was the largest object Rauschenberg had ever incorporated in a single piece.

But this was not the final destination of the goat. As the original work was dismantled, the animal found itself not only encircled by a tire but attached to another panel, this time near the floor (while the first panel was reworked into another combine, Rhyme, in 1956). However, this pairing was also short-lived, as two years later the new panel and the goat were separated by the artist. The former was incorporated into yet another Combine painting, Summerstorm (1959), while the latter, still caught in a tire, landed on a square canvas placed horizontally. It is only then, in 1959, that Monogram took its definite form.

The convoluted fate of the goat in Rauschenberg’s studio is less a symptom of the artist’s indecisiveness than a sign of his extraordinary ability to recycle his own works. It epitomises his unique propensity to rework his Combines and reuse parts of them in other works as he saw fit. Recycling was at the very heart of his artistic strategy during the years he spent in New York.

By the end of the 1950s, other young artists were incorporating everyday materials into their works, both in the United States and in Europe. In reference to an avant-garde movement not uncommonly associated with nonsense and madness, the label ‘Neo-Dada’ was, rather inadequately, sometimes used to refer to this trend, and it was not meant to be flattering. When in 1961 the Museum of Modern Art in New York mounted an exhibition on The Art of Assemblage, in which two works by Rauschenberg were shown, anger and outrage were still voiced at such a prestigious temple of art opening its door to, literally, junk. 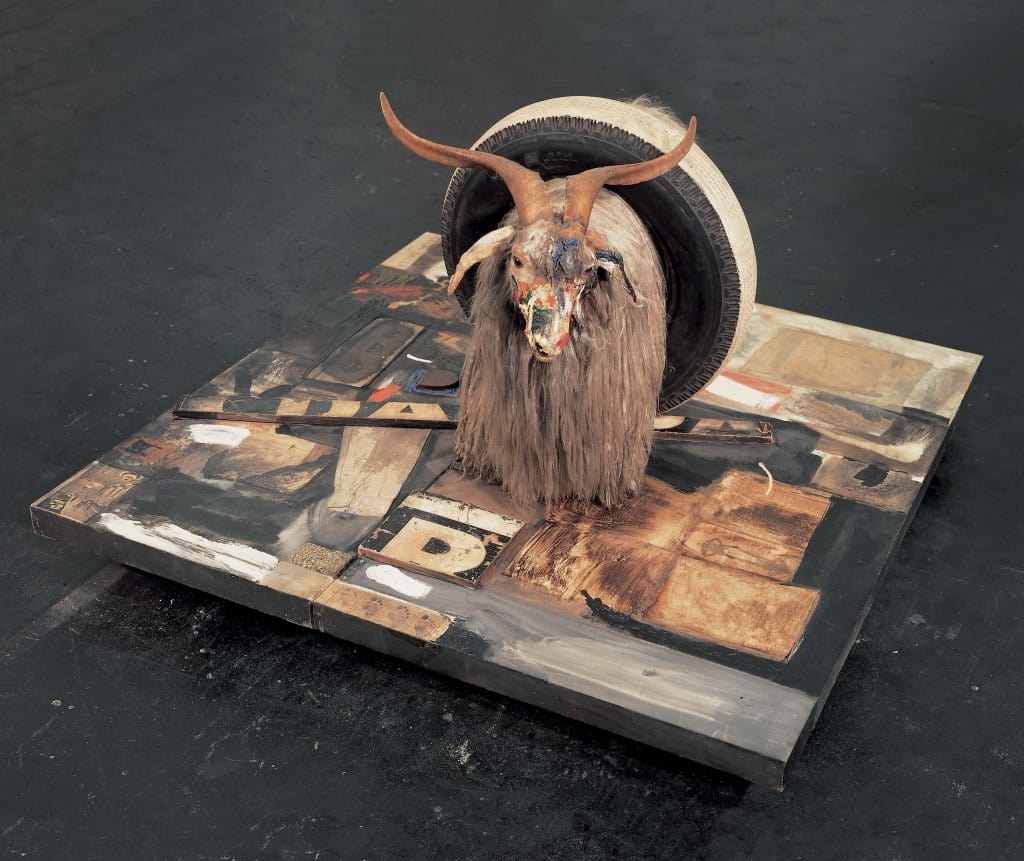