Chris Daze Ellis began his prolific career painting the gritty New York subways in the mid 70’s while attending the High School of Art & Design. He is one of the few artists from that period to make the successful transition from the subways to the studio. His first group show was the “Beyond Words” show held at Mudd Club in New York in 1981.

Showing alongside artists such as Jean Michel Basquiat and Keith Haring, Daze sold his first work, an impromptu collaboration with Basquiat, from this show. His first solo show was held a year later in 1982 at Fashion Moda, a gallery in the Bronx. Since then he has had countless solo shows in such cities as Monte Carlo, Hong Kong, Paris, New York, Beijing, Chicago, and Singapore. His work has also been included in numerous group shows and museum surveys internationally. Alongside these museum and gallery exhibitions, Daze has also completed many public art projects over the years. Some of them include completing a mural for the Star Ferry Terminal in Hong Kong, lectures at Hofstra University, the Bronx Museum, completing the design of an entire train station in Hannover Germany alongside fellow artists Lee Quinones and Crash, youth workshops for with kids during the Hutuz Festival in Rio de Janeiro, and completing a mural for the Vivo City shopping center in Singapore.

Daze’s paintings have found themselves in the private collections of Madonna and Eric Clapton, among others. His work can be found in the permanent collections of such museums as The Museum of Modern Art in New York, The Brooklyn Museum, The Museum of the City of New York, The Groninger Museum in the Netherlands and The Ludwig Museum in Aachen, Germany. Daze continues to work and live in New York City. 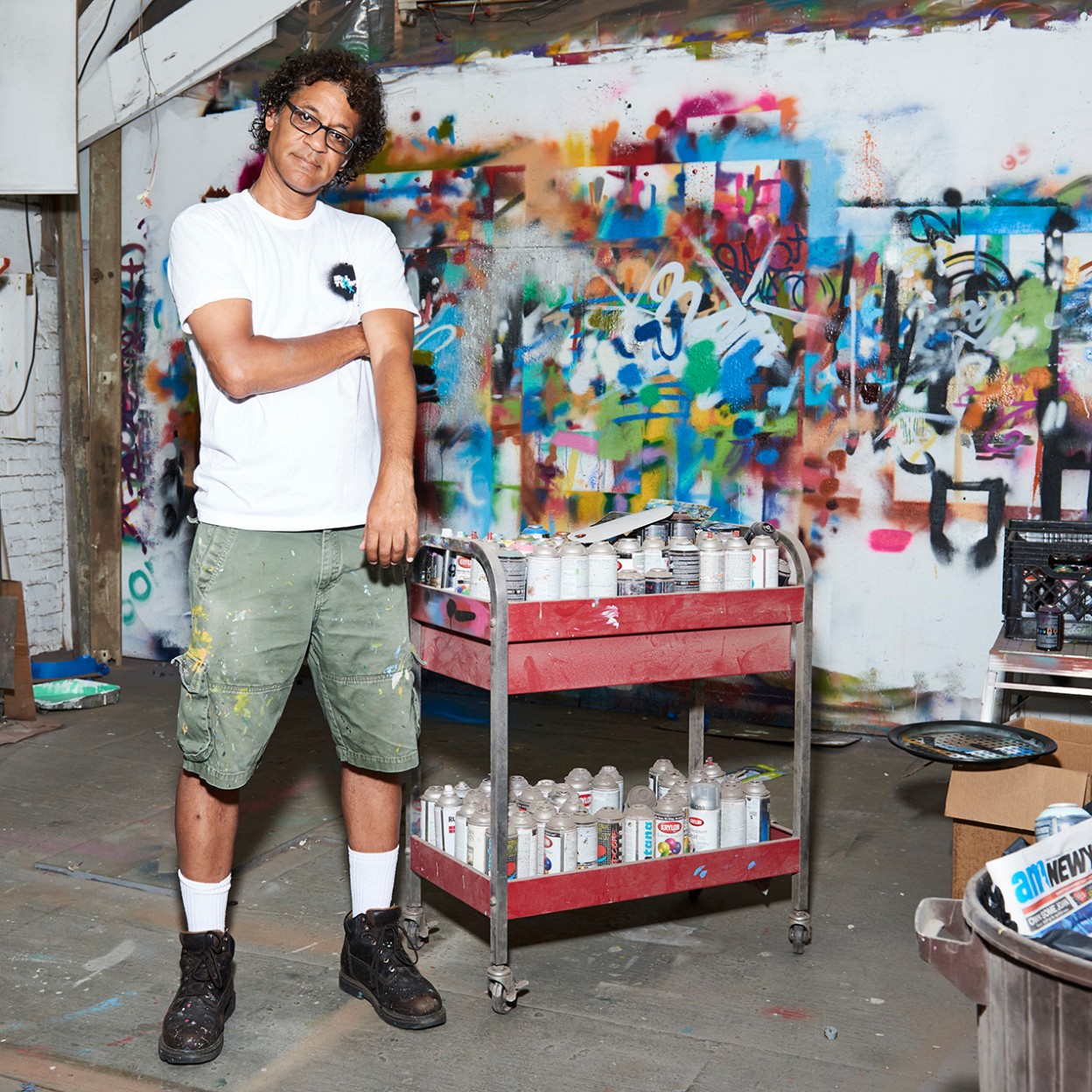