The State of the Nation’s Museums: What Now?

Home News & Events The State of the Nation’s Museums: What Now? 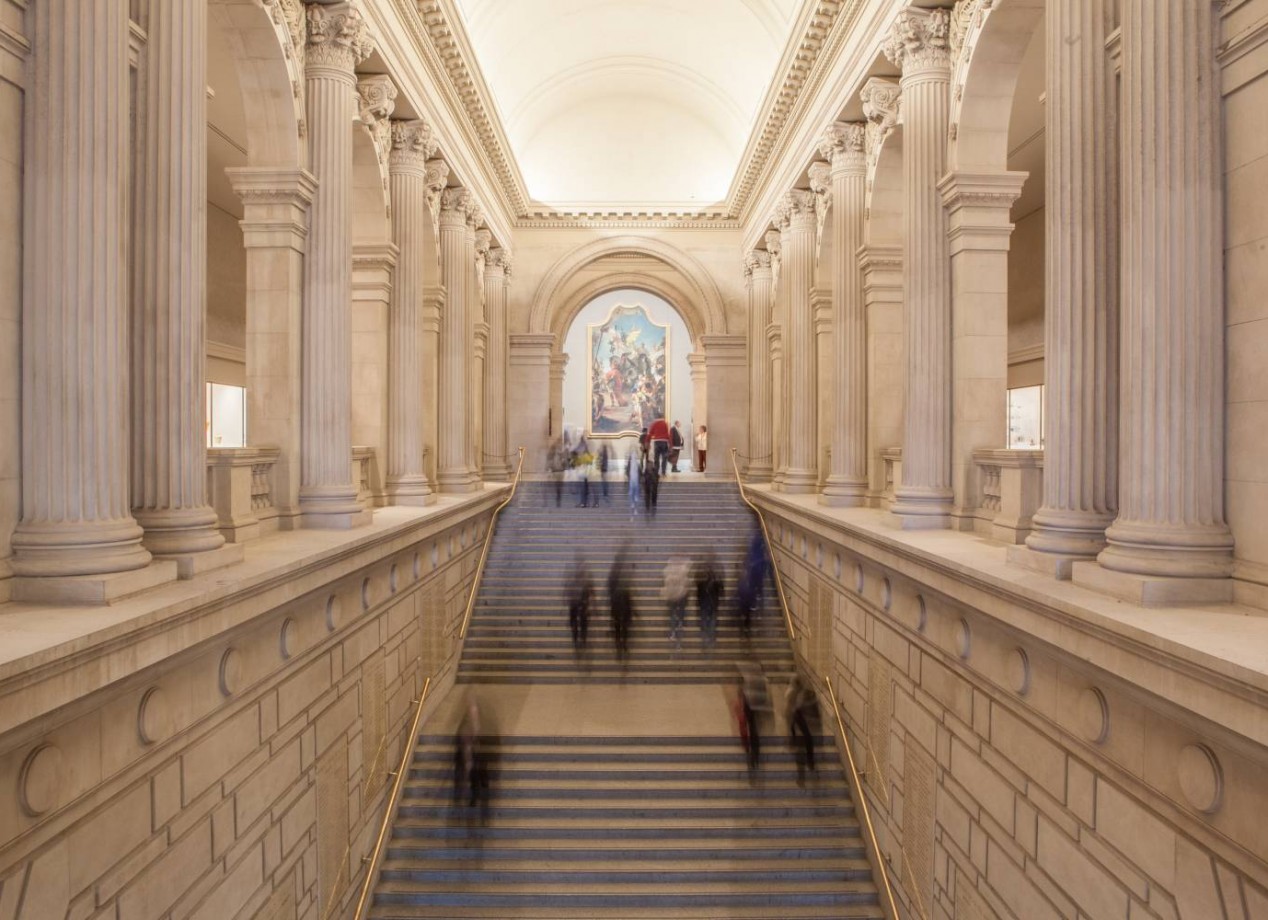 In the beginning of 2017, as art institutions around the country held their breath, the new administration made the much-feared but anticipated announcement—the new budget plan, outlining severe cuts for arts funding with a proposed elimination of the National Endowment for the Arts. The perilous political and economic landscape, coupled with declining audiences over the past decade, forced arts institutions to stop and ask: what do we do now? Although the radical cuts did not come to pass, they nevertheless spurred a continued search for the answer, one that has led many arts institutions to look within.

At a recent ArtViews discussion panel—organized by The American Federation of Arts and moderated by Arnold Lehman (former Director of the Brooklyn Museum)—a group of key voices in the arts, including Tom Finkelpearl (NYC Department of Cultural Affairs), Rujeko Hockley (Whitney Museum of American Art), Daniel H. Weiss (The Metropolitan Museum of Art), Belinda Tate (Kalamazoo Institute of Arts), and Hrag Vartanian (Hyperallergic) came together to reflect on the state of museums now and the steps they must take to thrive in the future. Here are some of the key takeaways from the talk.

Survival depends on the ability to diversify

A recent survey conducted by the New York City Department of Culture on diversity within the city’s cultural organizations came back with startling numbers. While the city’s population is two thirds people of color, two thirds of the 37,000 employees at cultural organizations represented in the survey are white. Furthermore, leadership and curatorial positions are overwhelmingly white, while people of color mostly serve as maintenance and security staff. A related finding by the University of Pennsylvania showed that it’s not just the staff that is disproportionate but the audience is likewise skewed. This, then, is a key factor in the museums’ quest for ensured survival in the future. They must increase the diversity, openness, and inclusion within their own doors in order to entice a wider audience to step inside. The new cultural plan unveiled by the city this year seeks to ensure that this is the case moving forward: institutions seeking funding from the NYC Department of Culture will have to show diversity on their staff and Boards.

The museum’s role as a space of relevance and inclusion

The goal of diversification and relevance must also spread to the collections and the role of the museum in the current sociopolitical landscape. At the Kalamazoo Institute of Art, a deliberate effort is being put forth to rebalance what is on view and show that creative genius exists in all races and ethnicities. The Metropolitan Museum of Art strives to be an encyclopedia of 5,000 years of art and culture, educating the public about unfamiliar civilizations and ethnicities because, as Daniel Weiss remarked during the ArtView discussion, “ultimately it is empathy that can safeguard the world.” Museums must recognize that they are intertwined with the world around them and be prepared to accommodate a diverse audience. A museum must create a relevant space to explore, learn, and discuss differences, stepping up to its responsibility, as Hrag Vartanian pointed out, “to make people feel connected to bigger stories and histories so we don’t feel alone.”

In today’s interconnected world, museums cannot escape technology and must treat it as an aide in attracting a diverse audience. The reality is that some people are still intimidated by museums and the prospect of visiting one. Technology, by putting collections online, reduces that intimidation and gives access to a new, previously unreachable audience. Despite the positives, however, the online world also poses certain risks. As Rujeko Hockley warned, social media can lead to situations spiraling out of the museums’ control, causing public uproar that cannot be ignored. Most recently, this was experienced by The Guggenheim, which was obliged to change its upcoming show just a few days before opening, due to the waves of discontent on social media. But like it or not, the online space is where images circulate in contemporary society and, in order to stay relevant, museums must actively participate in the space.

Inclusivity is a win-win for cultural institutions

As someone well-versed in the the inner workings of museums in this country, Jenny Gibbs (Director of MA Art Business in New York), knows first-hand the vital role diversity plays in ensuring a museum's longevity and relevancy. She also knows that finding opportunities to increase diversity does not require a large financial investment. In a recent conversation about the ArtView panel, Gibbs recalled that "Not long ago the Art Institute of Chicago was searching for a Director of Diversity or some such title. I found this funny. It is prohibitively expensive to visit the Art Institute—it does not have the Met's suggested admission policy. It costs nothing to offer free memberships to families of school children who qualify for free lunch." In fact, this was an initiative Gibbs implemented at the Elmhurst Art Museum, where she served as Executive Director from 2014-17. This seemingly small benefit had a large impact: it increased the ethnic and socio-economic diversity of the museum's members by more than double. "Even better, it was heart warming to see kids who had visited with their schools return with their parents and their little brothers and sisters, proud to show off their membership card," Gibbs added. "And by presenting artists like Hebru Brantley, an African American artist from the Bronzeville neighborhood of Chicago, we gave those families a reason to make the trip."

For Gibbs, the avenues to increasing diversity are wide open. "If a museum really wants to increase diversity it is a fairly straight-forward process. Make it financially attainable and develop programming that speaks to your target audience."